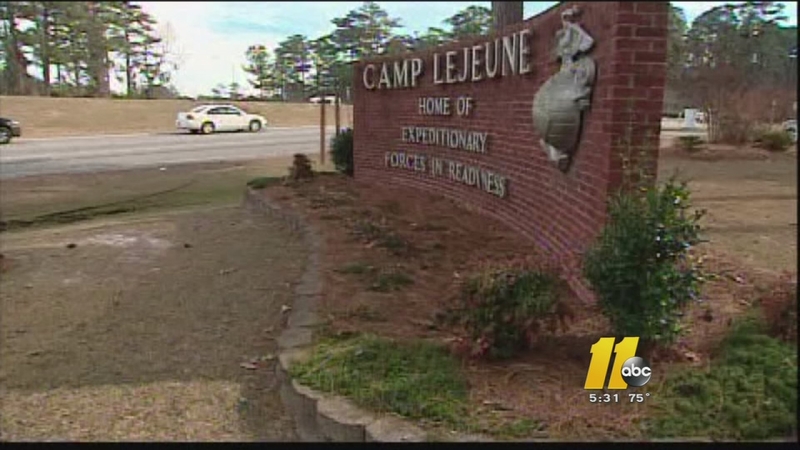 RALEIGH (WTVD) -- The 11th Circuit Court of Appeals in Atlanta has ruled that Marine veterans and their families cannot sue over groundwater contamination at Camp Lejeune.

President Obama signed a law in 2012 offering health benefits to thousands who were exposed decades ago to contaminated water at the North Carolina base, but families also sought money for damages, including disability benefits.

The government has argued that victims did not file their claims before North Carolina's 10-year "statute of repose" expired - after which claims are deemed moot. Unlike the statute of limitations, which legal experts explain begins when an injury is first recognized. The clock for the statue of repose begins at the date of the final contamination. That's even if victims remain unaware until decades later.

Marine veteran Jerry Ensminger has been on the front lines of the battle for health and disability benefits for Camp Lejeune veterans and their families since his daughter Janey died of a rare form of childhood leukemia at age 9.

"It's something that never goes away. It never leaves you for the rest of your life. I watched my daughter die a little bit of the time for nearly two and a half years before she finally did pass," he recalled.

Ensminger testified on Capitol Hill and stood alongside President Obama as he signed the Janey Ensminger act which Senator Kay Hagan co-sponsored. It grants health care for veterans and their families suffering from cancer and other ailments due to toxic waters at Camp Lejeune from 1957 to 1987.

But the government's argument against paying damages has frustrated Ensminger.

"All that bill provides is healthcare. No compensation," he said. Because when they go to the VA and have one of these 15 ailments or health effects listed in that law, all they receive from the VA is healthcare. They have to jump through all of the hoops that any other veteran does to try and get their service connected benefits. That's not right."

"Now, in light of this 11th Circuit Court of Appeals decision, to be hit twice again, now they are victimized again for something that is totally beyond their control," she said,
Victims would now have to get Congress to step in if they want more compensation.

"It's the next step we need to be discussing and looking into, and my office and I are going to be looking into that right now," said Senator Hagan.

So far, about 820 veterans and their family members have come forward to claim their health benefits, but officials say about one million of them may be affected by the contaminated water at Camp Lejeune.