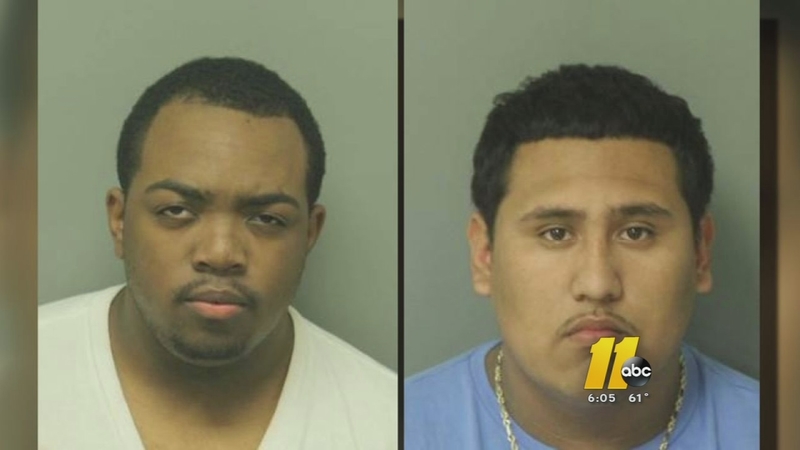 Two Wake County teenagers were jailed after state troopers say they were racing on I-540. One after attempting to flee from a trooper at speeds of up to 130 mph.

Dashon Hunter, 19, of Wake Forest and Delfino Lopez, Jr., 18, of Raleigh were charged with taking part in an arranged speed competition and careless and reckless driving.

Hunter is also charged with failing to stop for lights and sirens and fleeing to elude arrest.

The North Carolina State Highway Patrol says a trooper spotted three Hondas on eastbound I-540 near the Buffalo Road exit about 10:30 Monday night.

Two of the cars began racing and the trooper tried to stop them.

He says Lopez pulled over, but he had to chase Hunter at speeds up to 130 mph. Hunter exited at Highway 64 Business and tried to negotiate the right turn at the top of the ramp but lost control, according to the patrol.

He crashed into a guardrail but was apparently uninjured.

The crash happened right outside the convenience store where Dennis Johnson works. Johnson got a close up look at the crash scene when he left work, and was not happy when he found out the teens had been charged with racing.

"There's enough drag strips around here in Johnston County, Wake County, Nash County. If they want to go racing they can go racing there," Johnson said. "No need for them to be out on 540 endangering lives of families that are traveling. Especially this time of year with everybody traveling to and from."

The Highway Patrol confiscated the cars of both teens.