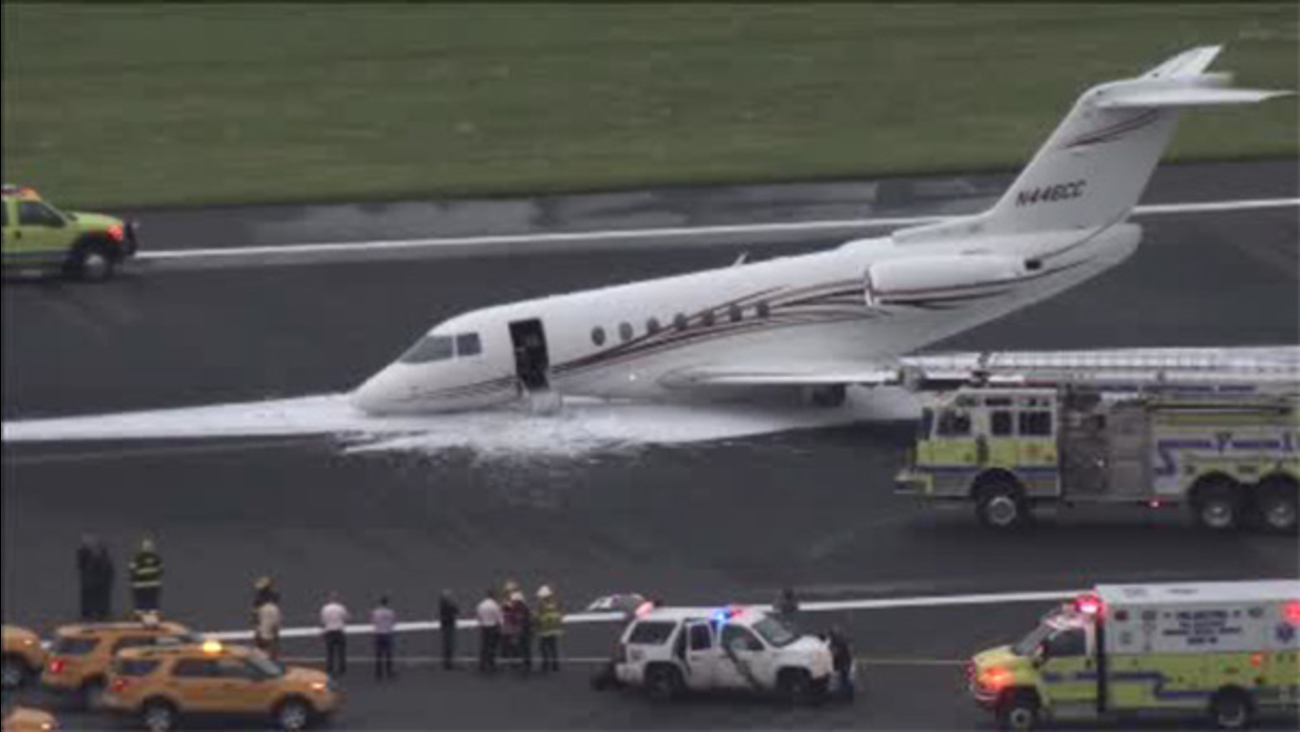 The pilot was forced to make an emergency landing.

The jet skidded to a stop and landed with the nose gear up.

Five people were on-board the plane but no one was injured.

The plane took off from Carlsbad, New Mexico and was headed to Monmouth Airport in New Jersey.

There's no word what caused the gear issues.