It happened around 7:45 a.m. on NC Hwy 39 at the intersection with Little Divine Road and Browns Pond Road.

Investigators said the SUV ran a stop sign on Browns Pond Road and pulled in front of the bus headed to Selma Elementary School. The bus hit the Saturn, pushing it into a building.

A Nissan travelling northbound on NC 39 also struck Bus 471. The bus came to rest in a field. 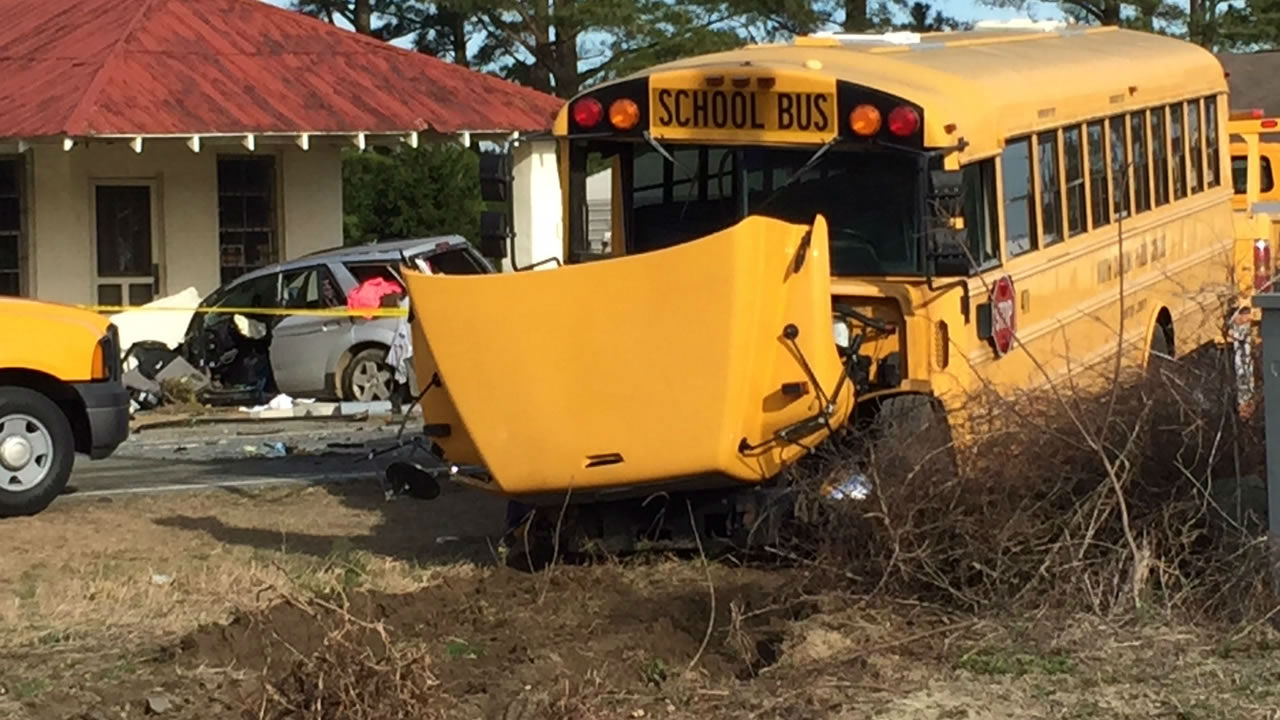 "In my career I've been to many bus wrecks and this is probably the severest one we've been to. We're just very blessed that we have no more major injuries than we have," offered Johnston County Schools Superintendent Ed Croom.

School bus driver Theresa Ruffin was badly hurt in the crash, as was the driver of the Saturn - 19-year-old Brooke Gross.

Several other adults on both smaller vehicles were treated at local hospitals along with several students on the bus. All of the student's injuries were described as minor.

The rest of the students were put on another bus and taken to school.