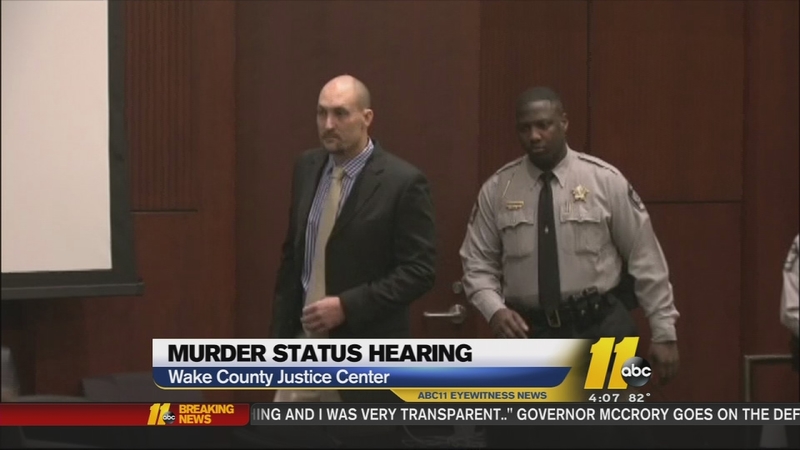 Jonathan Broyhill will be tried for the stabbing death of Jamie Hahn on Dec. 1 of this year.

Hahn, a rising star in state Democratic politics, was killed in April of 2013 in her North Raleigh home after she allegedly confronted Broyhill about money missing from a congressional campaign.

Hahn, her husband, and Broyhill were close friends. Broyhill was even in the couple's wedding.

Also Thursday, it was revealed that the retrial for Brad Cooper might not happen if he agrees to accept a plea deal.

The Cary man was convicted of the 2008 murder of his wife Nancy, but that verdict was overturned on appeal.

A prosecutor told a judge Thursday that Cooper was offered a plea deal right before the jury began deliberation in his 2011 trial.

The prosecutor says Nancy Cooper's family approved the offer, but he didn't give details except to say it was for something "less than first degree murder."

Cooper has new attorneys for his retrial. They say they have only begun going through the voluminous amount of evidence in the case.

So, it appears if Cooper doesn't accept the plea deal, his retrial may still be many months out.

Finally, in the case involving the murder of a woman who had just moved to Raleigh's North Hills from Tennessee, one of the defendants is expected to plead to lesser charges.

Melissa Huggins-Jones was the victim of a random crime according to investigators.

They believe the suspects had been breaking into cars in Huggins-Jones' neighborhood back in May of 2013, and then broke into her home. Huggins-Jones' eight-year-old daughter found her mother's body the next morning.

The female charged in the case, Sarah Redden, was driving the two male suspects that night according to prosecutors. They told a judge Thursday that Redden wasn't involved in the murder and would likely plead to lesser charges and then testify against her co-defendants.

One of those co-defendants, Ronald Anthony, is facing a death penalty trial currently set for March of next year. The other suspect, Travion
Smith, will be tried sometime after that.

Details on the three cases came out during what is known as homicide status hearings.

Wake County's senior resident superior court judge holds the hearings quarterly to review all of the pending homicide cases in the county.