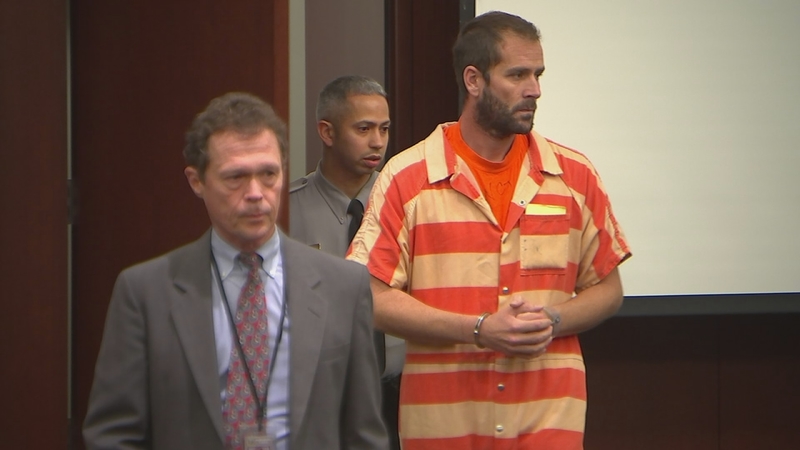 WAKE FOREST, NC (WTVD) -- A man accused of murdering his Wake Forest wife just two weeks after he was paroled on a bank robbery conviction faced a North Carolina judge in Raleigh for the first time Thursday.

Lanson Stalf, 39, was brought back to North Carolina last week from Mississippi.

He's being held without bond. A lawyer was appointed for him.

He is accused of robbing a bank in Mississippi after fleeing North Carolina in the wake of the death late last month of 34-year-old Stephanie Autry.

Autry was found dead in her home in the 4400 block of Iyar Way October 27.

Autry - who worked as a nurse at Duke - leaves behind a 3-year-old son who is being cared for by family members. A GoFundMe page has been set up to help. CLICK HERE TO DONATE