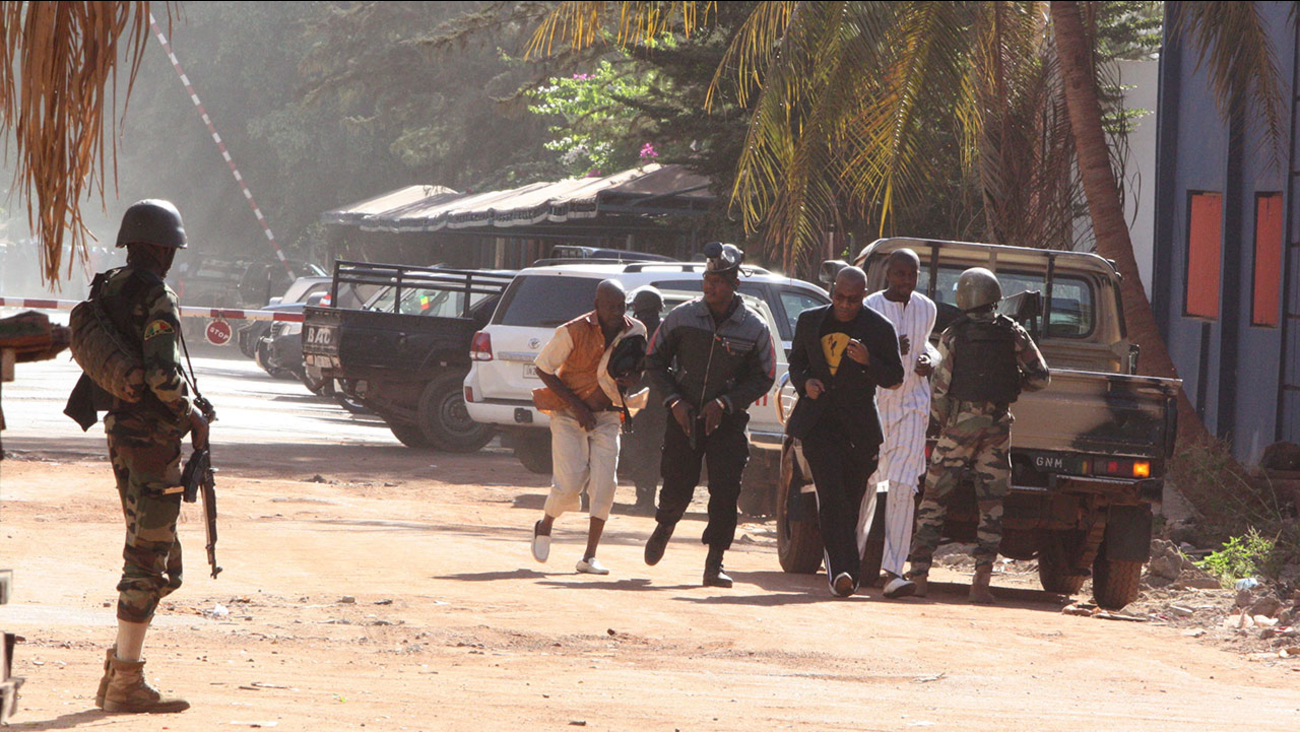 Malian troops, backed by special forces from America and France, reacted quickly. As people ran for their lives near the luxury hotel along a dirt road, the soldiers in full combat gear pointed the way to safety. Within hours, local TV images showed heavily armed troops in what appeared to be a lobby area. Malian state TV reported that 80 people have been freed.

The guests at the sprawling, cream-and-pink colored luxury hotel, which has 190 rooms and features a spa, outdoor pool and ballroom, came from many countries. But the attack was perceived by many in France, particularly in the government, as a new attack on French interests, a week after the Paris attacks.

The French military operation in Mali in 2013 against Islamic extremists who were holding the northern half of the country was the first of several foreign interventions that President Francois Hollande has launched as president. Those interventions have prompted increased threats against France and French interests from Islamic extremist groups from al-Qaida's North African arm to the Islamic State group.

"This could be a strike at important French interests because the French government invested so much military energy in pushing the Islamic rebels out of Mali," said Jens David Ohlin, an international law expert at Cornell University in the United States. "While Mali might not have the same emotional significance to the French as Paris does, it is certainly an important part of the French military strategy."

Traore said at least one guest reported that the attackers instructed him to recite verses from the Quran before he was allowed to leave the hotel.

It was not immediately clear which Muslim extremist groups might be behind the attack, which unfolded one week after the attacks on Paris that killed 129 people. A handful of jihadi groups seized the northern half of Mali - a former French colony - in 2012 and were ousted from cities and towns by the French military intervention.

French President Francois Hollande said: "We should yet again stand firm and show our solidarity with a friendly country, Mali."

Traore said 10 gunmen had stormed the hotel shouting "Allahu Akbar," or "God is great," in Arabic before firing on the guards. A staffer at the hotel who gave his name as Tamba Diarra said over the phone that the attackers used grenades in the assault.

Monique Kouame Affoue Ekonde, from Ivory Coast, said she and six other people, including a Turkish woman, were escorted out by security forces as the gunmen rushed "toward the fifth or sixth floor."

"I think they are still there. I've left the hotel and I don't know where to go. I'm tired and in a state of shock," she said.

Belgian foreign minister Didier Reynders said that four Belgians were registered at the hotel but their whereabouts were unknown.

Citing Chinese diplomats in Mali, Chinese state broadcaster CCTV reported that about 10 Chinese citizens were sheltering inside their hotel rooms. The embassy was in phone contact with them and all were reported safe, according to the report. All are employees of Chinese companies working in Mali.

The U.N. mission said it was sending security reinforcements and medical aid to the scene. U.N. deputy spokesman Farhan Haq said some U.N. "quick-reaction forces" deployed to the hotel and are supporting Malian and other security forces. He said the United Nations had a few staff members in the Radisson hotel at the time of the attack but they are all safely out.

Ambulances were seen rushing to the hotel as a military helicopter flew overhead.

Northern Mali remains insecure and militant attacks have extended farther south this year, including the capital. In March masked gunmen shot up a restaurant in Bamako that is popular with foreigners, killing five people.

France has 3,500 troops operating in Mali and four other countries in the Sahel region as part of a five-nation counterterrorism operation codenamed Barkhane. The ministry did not specify how many soldiers have been sent to the Malian capital.

The Netherlands also has troops working with the UN mission in Mali. According to the Dutch defense ministry, some 450 Dutch military personnel are taking part in the mission along with four Apache and three Chinook helicopters. Most of the Dutch force is based in Gao, but there are a few officers at the U.N. mission headquarters in Bamako. 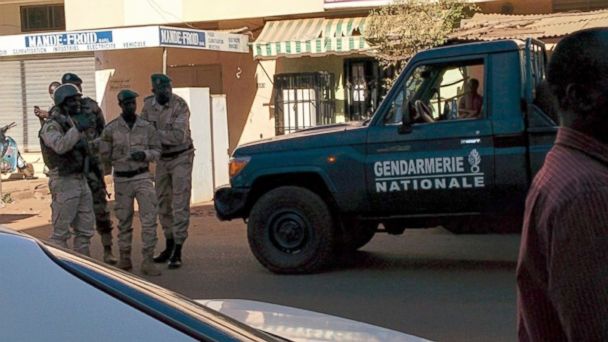