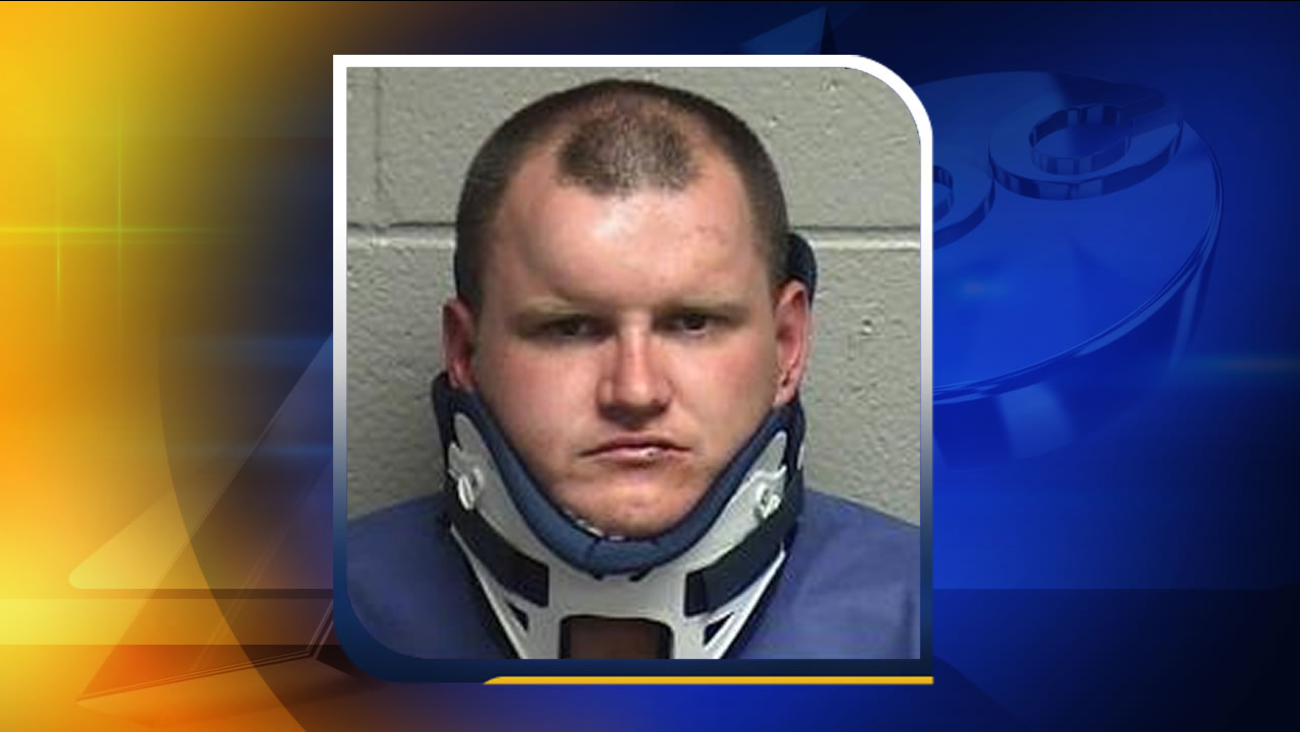 WTVD
DURHAM (WTVD) -- A Roxboro man faces a host of charges after allegedly triggering a police chase and then crashing into a deputy's cruiser.

Investigators said a Durham County deputy was headed north on Roxboro Road near the intersection of Goodwin Road when he saw a pickup behind him traveling at an unsafe distance.

The truck then went around the deputy and the driver threw a brown glass bottle in the direction of his marked patrol vehicle from the driver side window and the bottle struck the pavement and burst just in front of the deputy's car. The deputy turned on his blue lights and siren and a pursuit ensued.

The chase lasted only two and a half minutes. Investigators said the truck changed lanes and hit the back of another deputy's car at North Roxboro Road near the intersection with John Jones Road. The deputy's cruiser then spun into a North Carolina Highway Patrol vehicle.

The truck continued off the road and caught fire.

The deputy was treated and released from the hospital and his K-9 was seen by a vet. They're both okay.

Now, 27-year-old Andrew Thomas Porterfield is charged with DWI, felony flee to elude, two counts of injury to personal property, assault with a deadly weapon on a government official, and three counts of attempted first-degree murder.

Bond was set at $3 million. 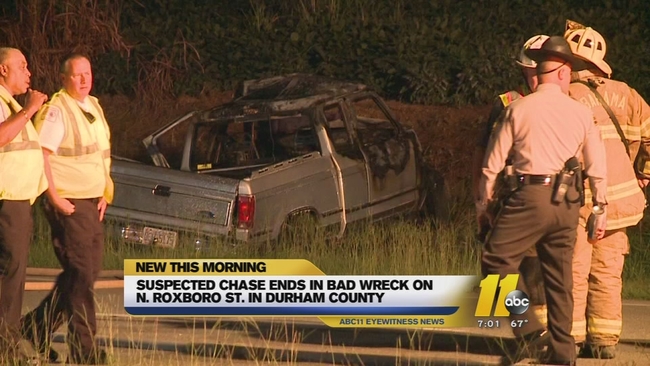