Tempers flared inside a Cumberland County courtroom on Tuesday when the man accused of setting a dog on fire faced a judge.

FAYETTEVILLE, N.C. (WTVD) -- Tempers flared inside a Cumberland County courtroom on Tuesday when the man accused of setting a dog on fire faced a judge.

The man, James Quick, is charged with severely burning his alleged ex-girlfriend's 7-month-old dog, and he did not take the news about his bond well.

Cameras were rolling when Quick briefly argued with the judge about his bond, and the judge raised it to $250,000.

At his first court appearance, Quick denied setting fire to the miniature terrier named Cocoa. He also denied having a relationship with the dog's owner, Dominique Clark.

On Monday, Animal Control officers took Cocoa to a veterinarian for extended treatment. Clark told investigators she had let her dog out on Sunday to run around the yard. A few minutes later, she heard the dog scratching at the door and whimpering.

When Clark opened the door, she saw her dog was on fire.

Outside of the Detention Center, Clark said she was satisfied with Quick's higher bond, but said she barely knew him.

Clark also said she would like to move from her current address because she no longer feels safe in her home.

The Cumberland County Animal Control office is accepting donations on Cocoa's behalf to help pay for her care. They can be reached at (910) 321-6852. 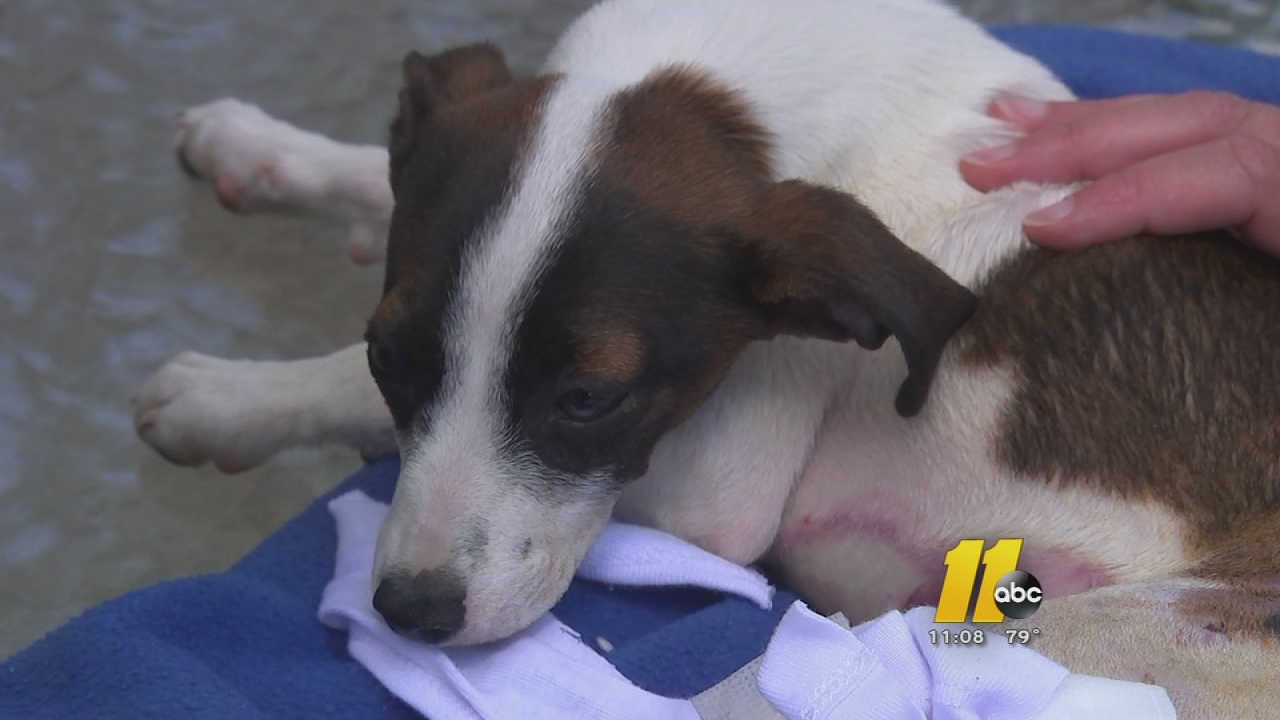