Man exposes himself to woman in Apex parking lot 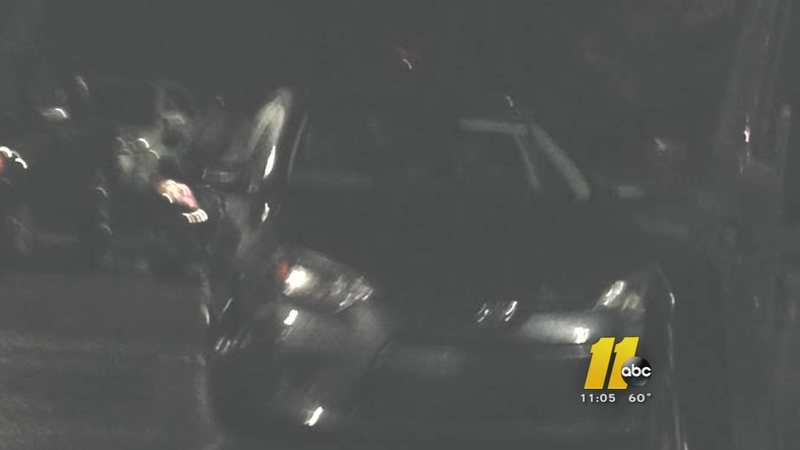 Man exposes himself to woman in Apex parking lot

APEX, NC (WTVD) -- The Apex Police Department is looking for a man who exposed himself to a woman in a parking lot at the Beaver Creek shopping center.

It happened November 9 around 7 p.m. near the Target store. The victim was loading her car when the man walked up to her.

"I was putting my stuff in the car and I bent over and I felt a tap on my shoulder. I said 'yes' and he nodded down to his private area," said the victim, whose identity we're protecting.

The victim says the man first touched himself and then her.

She was shocked, but fought back in spite of her petite stature.

"I shoved him and said 'Get off of me' and then his face - he realized he messed with the wrong person," she said. "Then he started running."

She chased after him and a snapped a picture after he got into a car.

The victim says she took necessary steps to protect herself while shopping at night. She parked near the front of the store and directly underneath the lights.

"I replay the whole thing in my head all day long," she said. "A lot of young woman come out of this store, which is scary that someone is sitting there just waiting to attack somebody."

The suspect is described as:

His vehicle was described as a blue or grey Hyundai 4-door sedan with a NC plate.

Anyone with information is asked to call the Apex Police Department at (919) 362-8661 or send an anonymous tip to TIP411 using keyword ApexPD.