Men freed after 30 years in prison for child rape, murder

Henry McCollum and his half-brother Leon Brown left prison just a day after their convictions were overturned.

Tuesday, the men were ordered to be released by a judge in Robeson County after he heard evidence that DNA in the case doesn't show they were involved in the murder.

Lawyers for the Center for Death Penalty Litigation -- who represented 50-year-old McCollum and 46-year-old Brown -- told the judge a man serving a life sentence for a similar rape and slaying that happened less than a month later is the real killer of Sabrina Buie in 1983.

Following his release, McCollum thanked God for keeping him strong.

I'm happy. I'm very emotional," he said. "I just thank God that I'm out of this place, lot of joy and rejoicing, happiness and everything cause I was very anxious when they told me this news and stuff. I wanted to get away from this place."

"We had guys that were family and all that," McCollum explained. "They took me under their wings and taught me the codes of prison and stuff. I tossed and turned at night trying to sleep, you know cause I thought these people were going to kill me."

Leon Brown was released later in the day from Maury Correctional Institution near Greenville. Through his attorney, he declined to comment.

"I know it was a travesty of justice, and they're starting to break all of that down," said the brothers' cousin, Ted Morrison, following the judgment. "What they're going to do from here on out, God only knows, but I pray they find something. Some purpose."

Buie was found dead in a Robeson County soybean field, naked except for a bra pushed up against her neck. A short distance away, police found two bloody sticks and the cigarette butt.

Authorities said McCollum, who was 19 at the time, and his half-brother Brown, who was 15, confessed to killing Buie. Both men were initially given death sentences, which were overturned. At a second trial, McCollum was again sent to death row, where he remained until Tuesday, while Brown was only convicted of rape and sentenced to life.

But lawyers for the defendants said there is no physical evidence connecting them to the crime. In addition to the DNA, fingerprints taken from a beer can at the scene aren't theirs either. Attorneys said both men have low IQs equivalent to fourth graders and their confessions were coerced after hours of questioning.

"At the age of 15 being mentally challenged? With no legal representation and no parent there and they're going to tell me they asked you to sign something [a confession]?" asked an exasperated Morrison. "Come on now."

Instead, the DNA from the cigarette matches Roscoe Artis, 74, who is serving a life sentence for the rape and killing of an 18-year-old woman just a few miles away, prosecutors and defense attorneys agree.

The other man also was convicted of assaulting three other women over 30 years before his last conviction. The fingerprint on the can found near Buie had not been checked with his prints a week before the hearing was set to begin.

Complicating matters even more was the discovery last month of a box of evidence from the original trial at the small Red Springs police station that authorities thought was lost. Britt said authorities are currently testing that evidence.

Following the hearing, McCollum and Brown were sent back to Warren County and Central prisons where'd they had been serving their sentences. Morrison said he was glad the Innocence Project took the time to listen to the brothers, and that their story didn't end with their 1990s re-trials.

McCollum said before he left the prison gates that the first thing he wants to do now that he is free is to "go home take a hot bath and see how that tub feels."

"I want to go to sleep, wake up the next day and see if all this is real," McCollum added. 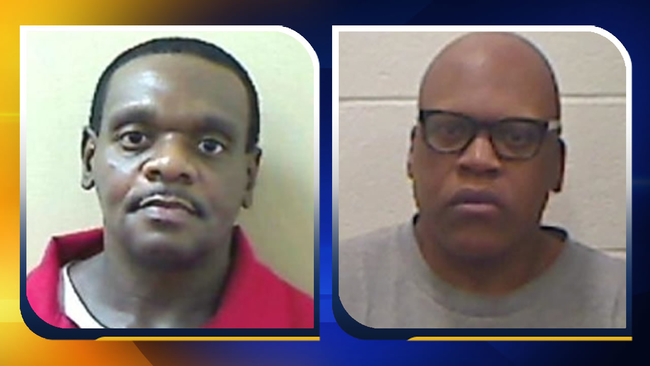