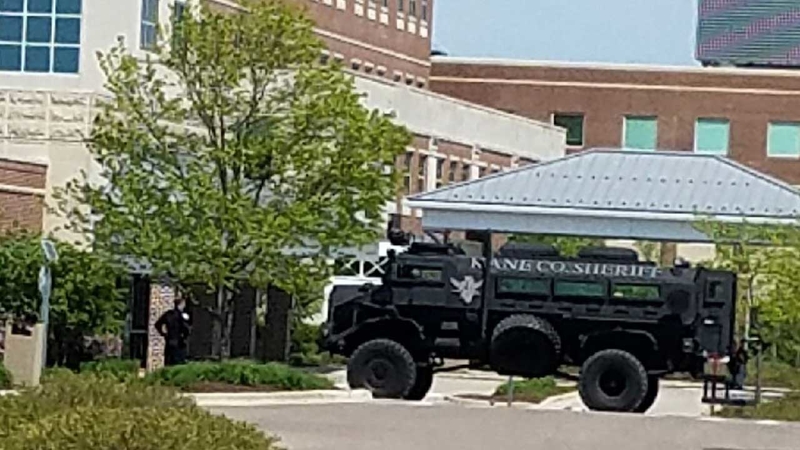 GENEVA, Illinois -- 21-year-old Chicago man, who held a nurse hostage for about three hours at a Geneva hospital, was fatally shot Saturday afternoon as SWAT teams moved in on him, according to the Kane County Sheriff's Office.

Delnor-Community Hospital was on lockdown Saturday afternoon after Tywon Salters, an inmate in the custody of the Kane County Jail, grabbed a correctional officer's weapon.

A female ER nurse who was taken hostage was not injured, police said and was with family Saturday evening.

The incident started at about 12:30 p.m. in a small room near the hospital's emergency room. At about 4:15 p.m., Salters was killed when SWAT officers moved into that room after negotiators were unable to get him out, said Lt. Patrick Gengler, of the Kane County Sheriff's Office.

Salters, who was charged with possession of a stolen vehicle from the Elgin Police Department, was being treated at the hospital since May 8. Police didn't disclose what he was being treated for. He had been in police custody since April 11.


When the incident started, the hospital's ER was immediately evacuated, a hospital spokeswoman said. Patients were either moved to other hospitals or discharged.

The main hospital was put on lockdown and all operations were normal, except no visitors were allowed. Patients were safe during the incident, a hospital official said.

Normal operations in the ER will resume at 6 p.m. Ambulance service will be restored at 8 p.m.