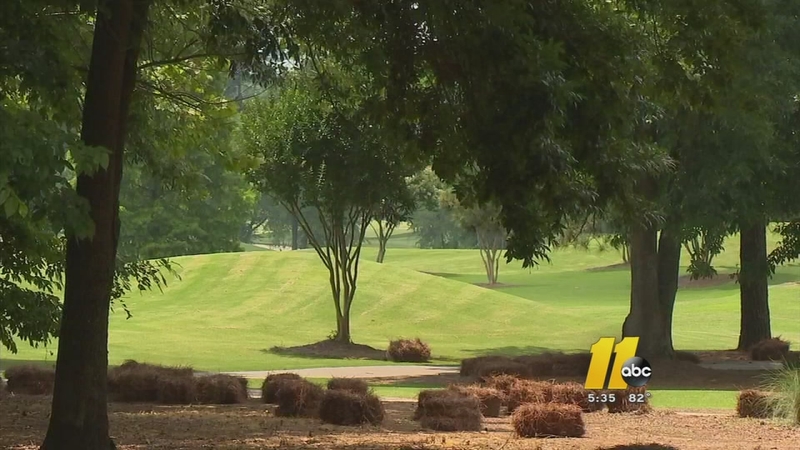 CARY, N.C. (WTVD) -- A Cary man fighting changes to the town's noise ordinance says he is being harassed for speaking out against the recent proposal.

The longtime Cary resident said it started around 6:10 a.m. and lasted about 20 minutes.

"We felt they were trying to send us a message that they certainly can make more noise if they want to," said Butler.

Calls to Prestonwood Country Club were not returned.

Butler launched LetUsSleep.org after council voted last month to move forward with changes that loosen restrictions on Cary golf courses including what type of equipment they can use and how loud they can be.

Currently, town rules only allow them to mow the greens before 7 a.m. between April and September, prohibiting blowers and mowers on any other surface.

Cary golf courses say the early morning maintenance is necessary to keep their businesses on par.

Deputy Chief Tony Godwin with the Cary Police Department was instructed by council to study the issue.

"We just hadn't gotten a lot of complaints, and this is kind of what the golf courses had been doing. So we're just simply looking to codify what the general practice has been for many, many years," said Godwin.

Butler says he just wants a fair amount of peace and quiet.

"We're perfectly happy with our responsibility to accept the normal amount of noise and have been for years, but something has definitely changed," he said.

Council could finalize the rule changes at their July 9 meeting.