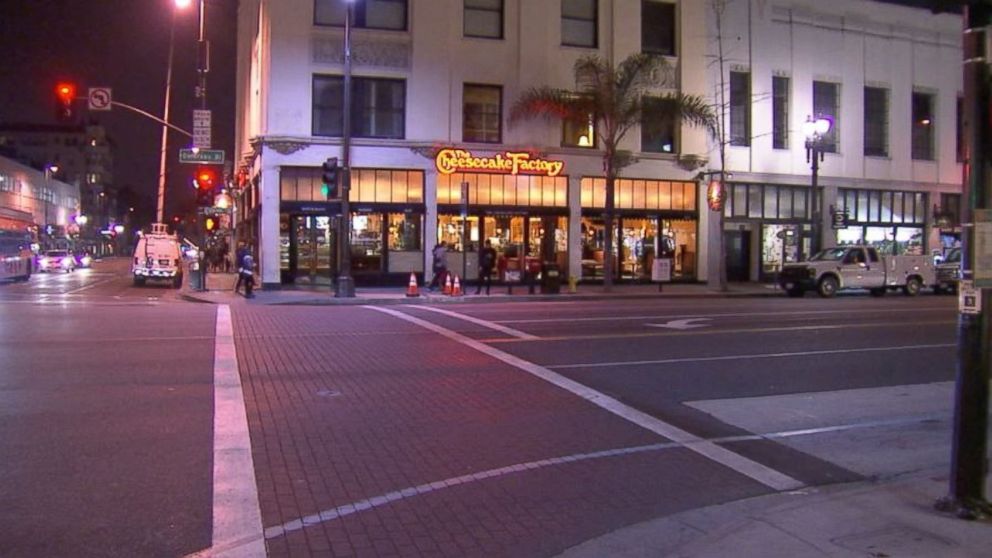 Diners at a Cheesecake Factory restaurant in Southern California had their meals interrupted Thursday night when a man tossed a homemade explosive device into the restaurant, officials said.

"This evening an incendiary device exploded within our Pasadena restaurant," The Cheescake Factory said in a statement. "Thankfully, none of our guests or staff was injured. Law enforcement is actively investigating the incident and we hope to reopen in Pasadena on Friday, as usual."

The Pasadena Police Department said in a statement that its officers responded to a call of an explosion at the restaurant, located on West Colorado Boulevard in Old Town Pasadena.

"Officers immediately entered the restaurant and evacuated customers and employees and located a detonated homemade pyrotechnic device," according to the statement. "The Los Angeles County Sheriff's Department Bomb squad responded to the scene and rendered the device safe. No customers or employees were injured during the incident at the restaurant."

According to KABC, the device gave off heavy smoke after it detonated.

Witnesses told KABC a man ran from the scene after throwing the device into the restaurant.

Citing witnesses, police described the suspect as a "male of Hispanic or Middle Eastern descent, 6'0, thin build, with a heavy beard and wearing all black clothing and a black beanie."

The suspect's motive is unknown.