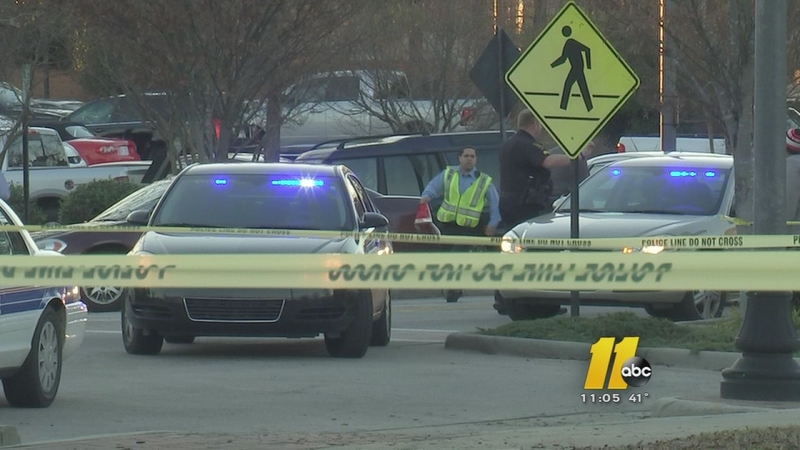 FAYETTEVILLE, N.C. (WTVD) -- Police said 25-year-old Paul Chappell died Wednesday night, a few hours after he was shot during an incident near the Cumberland County courthouse.

Police said around 4:30 p.m., Chappell was shot while driving his car on Person Street near the Cumberland County Courthouse.

Brent Lovette was just leaving his lawyer's office when he heard gunshots.

"I heard talking, then I heard three gunshots, and it sounded like somebody was taking off," Lovette said, "and people were running across
the street hollering and yelling."

Police say a small child was among several other people in the car. A police spokesman said Chappell stopped a few blocks down the road and picked up a passenger.

"Prior to that there was some type of verbal altercation," said Fayetteville Police Lt. Todd Joyce. "The vehicle stopped, the suspect got out, and at some point, he produced a handgun and fired back into the car hitting the victim."

Police said Chappell took off, but swerved into a parking lot striking at least two other parked vehicles, before crashing into a row of bushes.

The suspect ran off, but was captured a few blocks away.

Police said the shooting had nothing to do with the courthouse except for the proximity, but it happened as many courthouse and office workers were just starting to leave for the day. Many found they could not get to their vehicles parked behind crime scene tape.

At last report, police had not identified the gunman, or said what he is charged with.