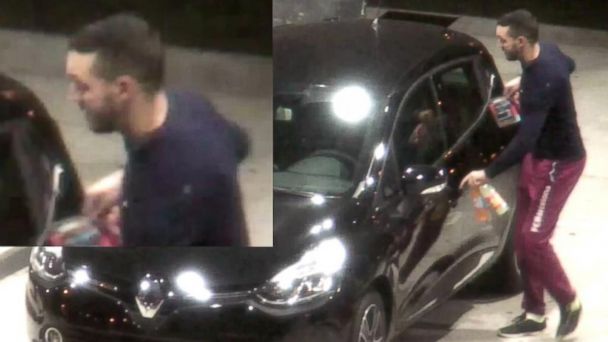 Mohamed Abrini, the man who was allegedly spotted on surveillance footage with suspected Paris attacker Salah Abdeslam two days before the massacre, had traveled to Syria, Belgian authorities said.

Belgian authorities are still on the lookout for 30-year-old Abrini after issuing a warrant for his arrest Tuesday. He was allegedly caught on camera at a gas station with Abdeslam on Nov. 11, driving the same Renault Clio that was used two days later by the attackers.

Abrini should be considered armed and dangerous, authorities said. Anyone with information on his whereabouts is asked to contact authorities immediately.

In addition to the 130 who were killed in the attacks, more than 300 people were injured and 161 remained in the hospital as of Tuesday, Health Minister Marisol Touraine said.

Police have conducted more than 1,000 searches and raids in France since the country went into a state of emergency in response to the terror attacks.