Level Up: Mario Swapping Mushrooms for Apple, Coming to iOS 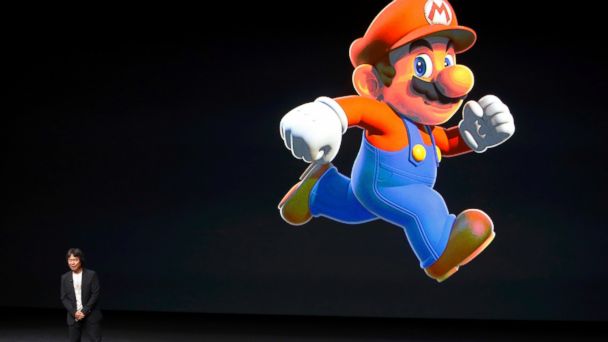 Cook discussed Apple's App Store and its game offerings early in today's event and surprised crowds when he said, "There's been something - or rather someone - missing, and I'm so happy to announce today that he's coming to the App Store."

The game, "Super Mario Run," will launch during the holiday season, Miyamoto said.