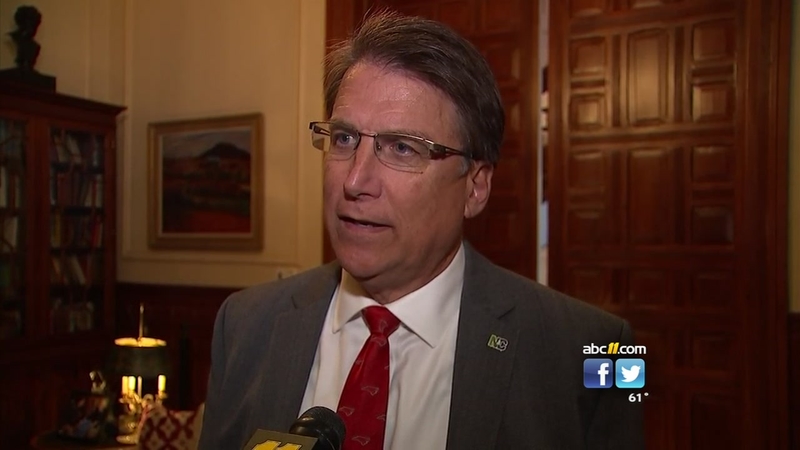 Democrats are renewing their calls for a special session, but Governor Pat McCrory said there is no need for lawmakers to act just yet.

"We've first got to develop the plan on exactly how much money we need and how that money should be spent and as soon as we get that development then I will not be hesitant to call a special session," said McCrory.

As of Tuesday, 444 people across the state were still living in shelters.

Many businesses are shuttered.

Teresa Ruffin has been staying at a hotel in Rocky Mount since her Princeville home was flooded more than two weeks ago.

"What are we going to do? That's my question," she said.

In 1999, state lawmakers set aside more than $836 million after Hurricane Floyd to help homeowners, farmers and residents recover, but a special session was not called until about three months after the storm hit.

McCrory told ABC11 there is no timeline on a possible special session this year.

He met with state and federal lawmakers Monday about getting mobile homes for people still living in shelters.

A task force has been set up to devise a long-term recovery plan including how much money the state will need from the emergency fund.

"When people are suffering it's up to the government to intervene and to intervene expeditiously. We can help them now. We shouldn't waste a day," said Sen. Floyd McKissick Jr. (D).

The state has more than $1.1 billion in a savings reserves account.

It is unclear how much of that money could go to flood victims in the event it is appropriated during a special session.

As FEMA works to assess the damage and get federal aid to those who need it most, McCrory said one of his top priorities is getting affected residents into permanent housing.

"We want to get these people into good homes, safe homes and homes that hopefully won't be flooded again, " he said.