Mom charged with DWI after 17 injured in Stokesdale bus crash 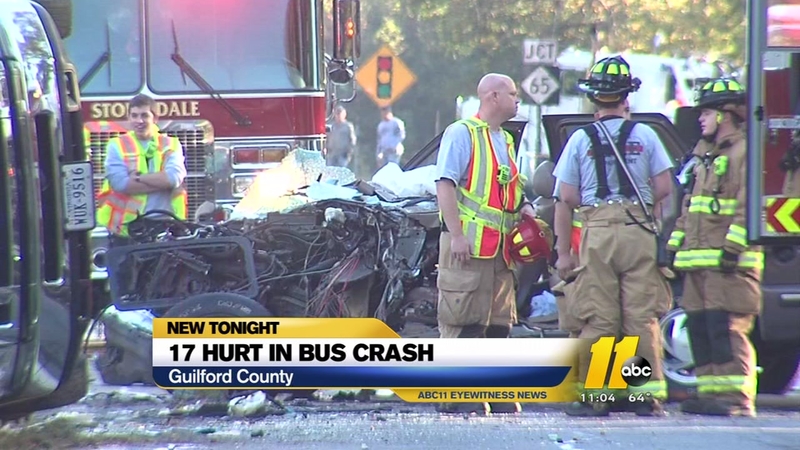 STOKESDALE, N.C. -- A mother driving with her baby is facing charges of driving while impaired in connection to a crash with a bus that injured 17 people.

Crews responded to the scene shortly after 7 a.m. after authorities said a Chevy Blazer driven by the woman, 35-year-old Diadra Rachel Shaffer, headed northeast on Hwy. 158 crossed the center line in the area of 9010 Hwy. 158.

The bus tried to avoid the vehicle but the two collided and the bus overturned, authorities said.

Seventeen people were injured at the scene, including 15 from the bus and two from the Blazer, according to troopers. Shaffer and her 1-month-old child were injured.

Shaffer has been charged with driving while impaired, careless and reckless driving, misdemeanor child abuse, driving left of center and driving with a license revoked.