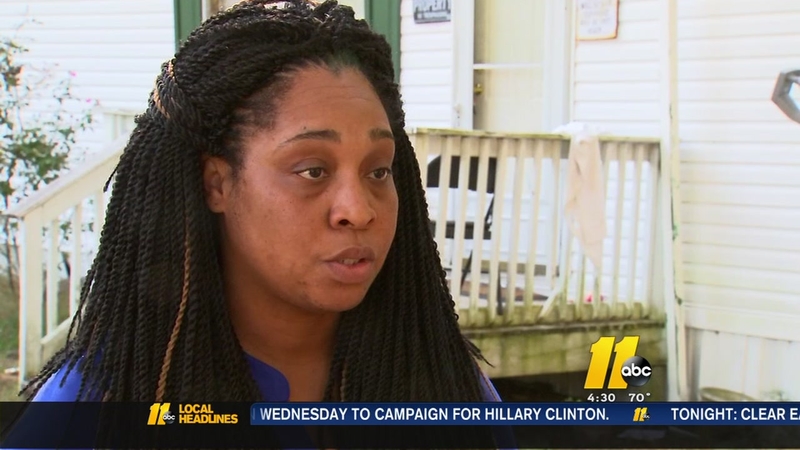 HOKE COUNTY (WTVD) -- A Hoke County bus driver has been suspended without pay after a mother claimed she bullied her son.

The district is now investigating.

Chrystal Percell said the abuse on West Hoke Middle School bus 107 went on for weeks, and she witnessed it happen on more than one occasion.

"When she pulled up, she opened the door for him to get on. He was near the bus, and she closed the door back and then she eased up a little bit, and she opened the door back and she busted out laughing," said Percell. "She has all the kids putting the windows down, yelling out the bus 5, 4, 3, 2, 1 for my son to run from the porch all the way to over here, and he's carrying a drum set and his book bag and all his stuff."

Percell said her 12-year-old became depressed. She even took him to therapy.

"He would come home, and he would go straight in his room, and he wasn't his normal self. He would keep on asking me, 'Mom, can I stay at home by myself?'"

Percell called her son's principal who referred her to the district's transportation department.

She was told the driver was disciplined, but Percell said the bullying continued.

"They made me feel like something is wrong with my son when he's being bullied by a bus driver," said Percell. "She's a grown woman that's driving a bus, and she's picking on our baby."

The district would not release the driver's name, but according to a spokesperson, the employee is fairly new to the job.

Any further action could come during a Nov. 9 school board meeting.

"It's very hurtful to see my baby going what he's going through. He's very quiet, he minds his business; he's very helpful; he's a gentleman. I just don't want to see this happen to anybody else," said Percell.