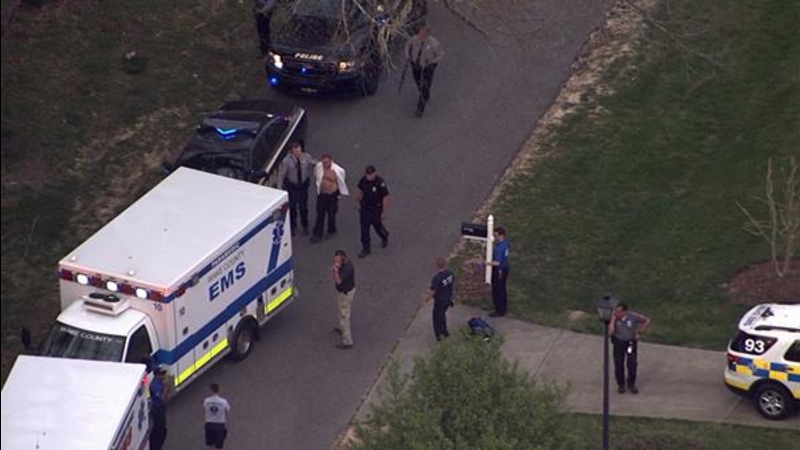 Early Saturday morning, officials identified the victims as Sandy Mazzella, 47, of the 5900 block of Clearsprings Drive in Wake Forest, Stephenie Ann Mazzella, 43, of the same address, and Elaine Toby Mazzella, 76, of the 8500 block of Holdenby Trail in Raleigh.

The Wake County Sheriff's Department said five people were inside the home when the shooting happened. Mom Stephanie Mazzella, dad Sandy Mazzella, and grandmother Elaine Mazzella were all killed. The Mazzellas' 14-year old daughter the teen's grandfather were also inside the home, but were not hurt.

Authorities said the Mazzellas also have a son, who was not home at the time of the shooting.

Coworkers confirmed to ABC11 that Stephanie Mazzella was an ICU nurse at WakeMed.

"She was a valuable part of the team and will be missed. She has been employed since the spring of of 2008," said WakeMed representative Heather Monacky.

The sheriff says deputies were first called in about 9 a.m. after neighbors heard yelling coming from two homes in the 5900 block of Clearsprings Drive.

Hours later, another call for help, after an ongoing dispute turned deadly.

The shooting suspect was also identified early Saturday as Jonathan Frederick Sander, 52, of the 5900 block of Clearsprings Drive

Deputies surrounded the area about 6 p.m. as the suspect holed up inside his home.

When deputies arrived, Harrison said the 14-year-old daughter was outside the home, and her uncle was near the front of the home. He was not inside when the shooting happened.

"They were patient, tried to talk him and I think what he was doing was talking on the phone and then finally came out," Harrison said.

The man was eventually led away in handcuffs and loaded into an ambulance.

Some neighbors were forced to evacuate.

"It's bad when somebody takes it to that extreme," said Anthony Horne, a neighborhood resident.

Horne said he came outside Friday evening to check on his son and his friends who were out riding bikes. That's when they came running.

"They ran up and said a police officer came up and told them to get in the house and lock the door," Horne said.

The two homes where the fight started were roped off with crime-scene tape as investigators tried to figure out what led up to the violence.

As for the nature of the dispute, the sheriff says that's still unclear.