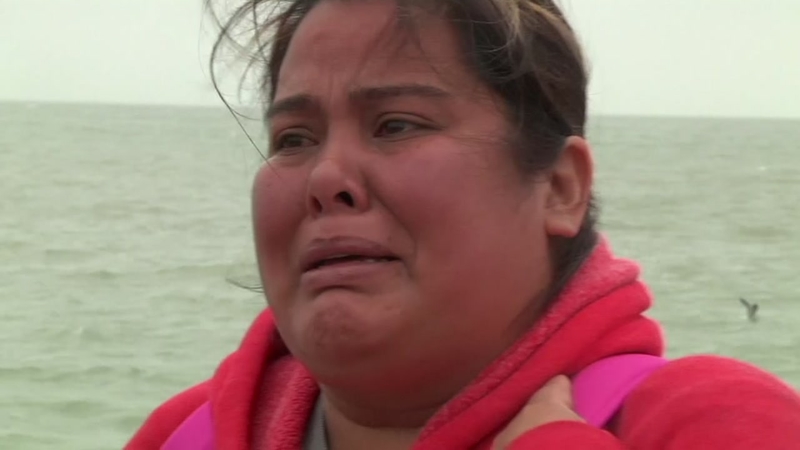 CORPUS CHRISTI, TX -- A mother is haunted by the decision she made to leave her daughter and husband after their boat capsized off the coast of Corpus Christi, Texas on Sunday.

Audrey Medina's family went out on their boat on the sunny day when strong winds blew in and caused their boat to capsize after they'd decided to return to shore.

Audrey was left struggling in the bay with her husband and their two daughters.

Audrey then made the decision to swim for shore. Audrey and her youngest daughter reached the shore safely. However, Audrey's dealing with the promise she made to her husband and daughter. Audrey said, "I left them both. But I said I will be back in a little while, and help is coming."

The two who remain missing are 13-year-old Odry Leon and her 35-year-old father Mario Leon.

Audrey says they were both wearing life vests and remains hopeful they will be found.