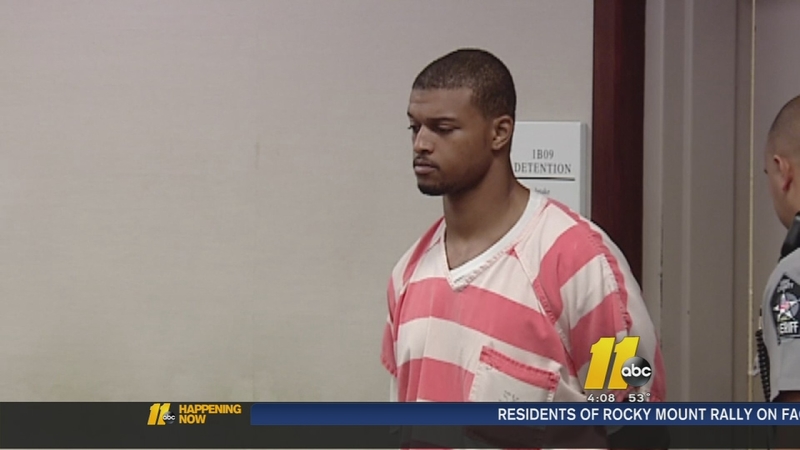 CHAPEL HILL, N.C. (WTVD) -- A man charged in the attempted kidnapping of a woman near the UNC campus late Friday night went before a judge Monday.

Keith Robert Webster Jr. of Durham is charged with second-degree kidnapping and possession of a firearm by a felon.

Authorities said it happened just after 11 p.m. near the intersection of Kenan Street and West Cameron Street, and Webster had a silver handgun.

A 911 call made by the young woman's friend suggests a passerby showed up right on time.

"There was somebody driving by in a car. We got in their car really quickly. But, the man came out of an alley with a gun and tried to grab us," said the caller.

It is not Webster's first run in with the law. In 2008, he pleaded guilty in federal court to a gun charge. Prosecutors say he went on a day-long crime spree robbing several people at banks in Raleigh and Durham.

He remains in the Orange County jail under a $100,000 bond. Prosecutors say there is the potential for additional federal charges.