Motorcyclist killed on I-540 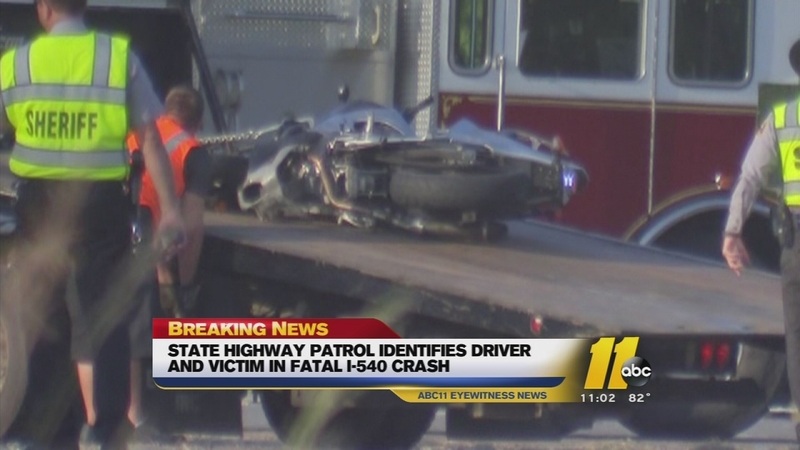 Motorcyclist killed on I-540

RALEIGH (WTVD) -- The North Carolina Highway Patrol is investigating a fatal accident involving a motorcycle on I-540 eastbound near Aviation Parkway.

Witnesses said the driver of a Honda, 28-year-old Kanak Singh, lost control in the westbound lanes, crossed the median through a cable barrier, and then spun into the eastbound lanes pointed east.

The motorcycle driven by 44-year-old Philip James Sabino of Raleigh then rear-ended the car, throwing him to the pavement. Sabino was declared dead at the scene.

It wasn't clear why the car initially lost control.

The crash caused major rush hour delays Monday, but all lanes have since reopened.

Troopers said alcohol and speed were not factors in the crash, but they will be talking with the Wake County District Attorney's Office about possible charges.