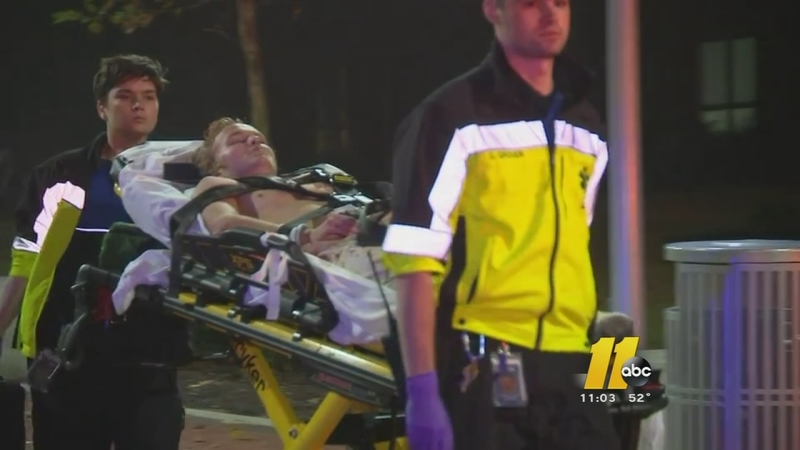 RALEIGH (WTVD) -- The Raleigh Police Department is investigating after a student was injured in an apparent dispute between roommates at a student housing complex off Hillsborough Street.

Witnesses told ABC11 it involved a broken bottle and video from the scene showed a student being taken away in an ambulance.

It happened at Valentine Commons at 3009 ME Valentine Drive.

The witnesses - who live next door - told ABC11 one roommate attacked two other roommates. A motive wasn't clear. All of the students involved are undergraduates.

"There was a lot of screaming and running around the hallways." - NC State student injured after roommate dispute pic.twitter.com/nGY3axxgiG