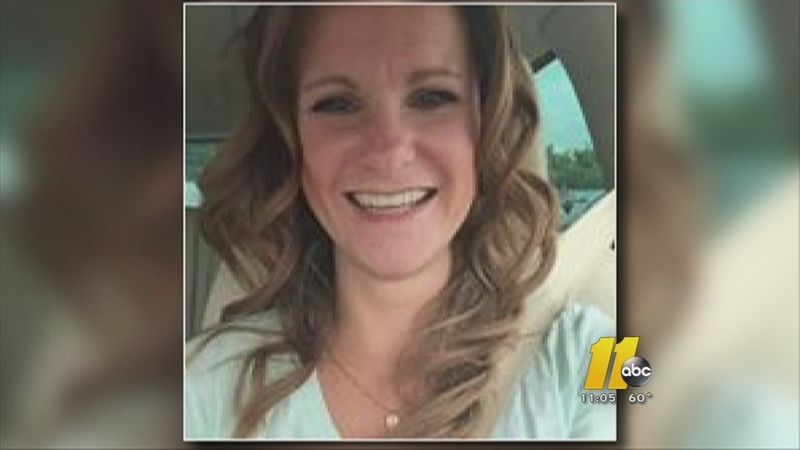 WAKE FOREST (WTVD) -- Almost two days after a young mother was found dead inside her Wake Forest home, police are still searching for her husband - a convicted bank robber - who had just recently been released from prison.

Stephanie Autry's body was found late Tuesday night after authorities received a call asking them to conduct a welfare check at a home in the 4400 block of Iyar Way.

The 34-year-old's husband, 39-year-old Lanson Stalf, has been charged with murder. Police say he should be considered dangerous.

Autry leaves behind a 3-year-old son who is now being cared for by family members. The boy was with his nanny when authorities found Autry.

Autry's sister, who lives in Oregon, said they "hope the person responsible is apprehended."

Crime scene tape still surrounded her yard Thursday morning, where neighbors said Autry would play with her son. They described her as a sweet and friendly woman.

"I would see them outside every so often and he would crawl over here and want to play with my kids," next-door neighbor Jeannien Engelbrecht said.

Engelbrecht said about a week and a half ago, they started seeing Stalf around.

He had just been released from prison Oct. 15 for robbing the PNC bank in Wake Forest in 2013.

"I'm really sad about what happened," Engelbrecht said. "I don't know I mean I'm so confused about it and I'm very concerned still about the baby and the baby no longer having his mommy. So you know, how many nights is the baby going to cry for his mommy? I don't know how anyone could do something like that."