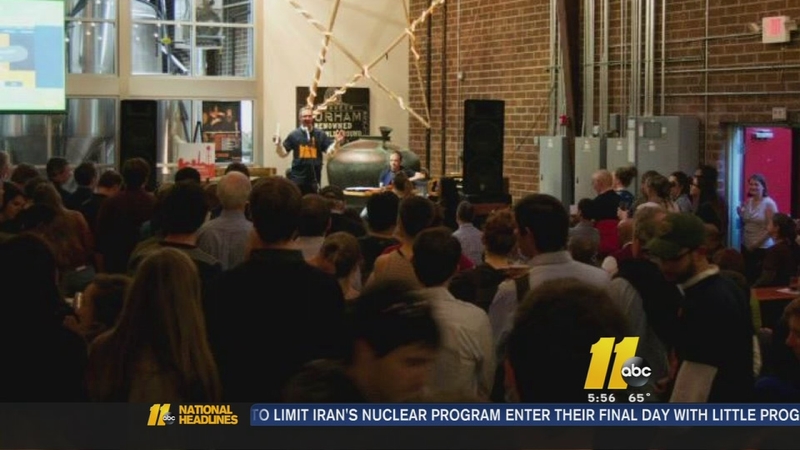 DURHAM (WTVD) -- Durham businesses are getting on board with a group of volunteers working to raise the minimum wage.

The Durham Living Wage project officially launched earlier this month, offering certifications for businesses that pay their employees a living wage of $12.33 an hour.

"We definitely jumped at the chance to be involved," said Katie Westermann , Asst. Dir. Of One World Market.

Supporters like Westermann argue the state and federal minimum wage of $7.25 an hour just isn't enough for workers to live on without turning to public or private assistance to meet their basic needs.

The Living Wage Project works to incentivize, certify and celebrate businesses that raise the pay for their employees. So far, 28 businesses and 11 nonprofits have signed on, including Durham's nonprofit, fair trade One World Market.

"It's saying that we care about Durham and the people that live here," said Westermann. "We want people who live here to be successful and the only way that we're going to do that is to pay them what they're worth. And certainly minimum wage is not paying people what they're worth."

Fullsteam Brewery's Sean Lilly Wilson was among the first to get on board, hosting the Project's launch party earlier this month.

He's always paid his employees more than the minimum wage, but now his is one of 28 businesses and 11 nonprofits paying their staff the living wage.

The Durham Living Wage Project is run entirely by volunteer. So now the group is hoping to raise enough money, $20,000 by April 9, to hire a part-time organizer and secure long-term funding.

It's a mission Wilson believes in. He said while increasing pay is a good start, there's still a long way to go with extending benefits and building long-term job security.

"It's hard work here" said Wilson while standing behind his bar at Fullsteam. "There's a lot of hours involved. I feel like there's so much more that we could do. So we're not boasting about it. It just seems like the right thing to do."