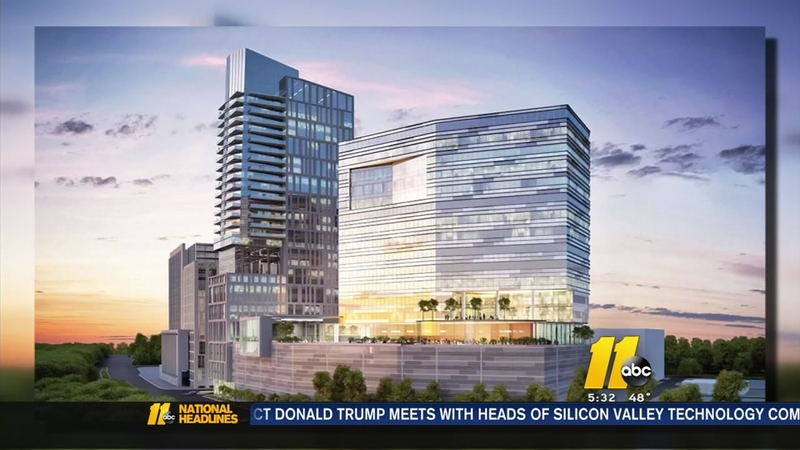 RALEIGH (WTVD) -- A new high rise slated for Raleigh's North Hills will bring even more to see and do in an already bustling area of the City of Oaks; it's the traffic a 32-story building will draw that has people who live there concerned.

John Kane submitted to city leaders the plans for his latest project, referred to as Tower 4 on the Kane Realty website, on Dec. 9.

The more than 305,000-square-foot mixed-use development will require Administrative Site Review. There is no timetable for approval available.

However, people who live in the Woods of Saint Albans neighborhood which backs up to North Hills' Park District where Tower 4 is slated to be built, are concerned developers are not considering the potential negative impact on quality of life.

"We're not against growth and we know the benefits of these developments," said Anna DeHart. "But we want Kane and Dewitt to please just be thoughtful and proactive about problem-solving with the traffic."

"The concern is that as congestion happens on the existing street system, it'll force more of the trips to be diverted back through the neighborhoods and that's what they don't want to see happen," he said. "We don't want to see that happen either."

A petition from the Woods of Saint Albans neighborhood ended this fall with the city installing new stop signs to help with the flow of traffic. But for the long term, Stephenson said the city council is having to balance infrastructure plans that alleviate congestion but keep North Hills walkable and bike-friendly as well.

"At some point we'll be asking the developers in the area to say, look we want to support your development but you're going to have to help fund some of these infrastructure improvements to make it happen," he said.

It is more collaboration that DeHart would like to see.

"I hope that the developers and the neighborhood can have open discussion and come to a place where we're not all going to be 100 percent happy, but we can make some compromises and have something that benefits the whole community," she said. 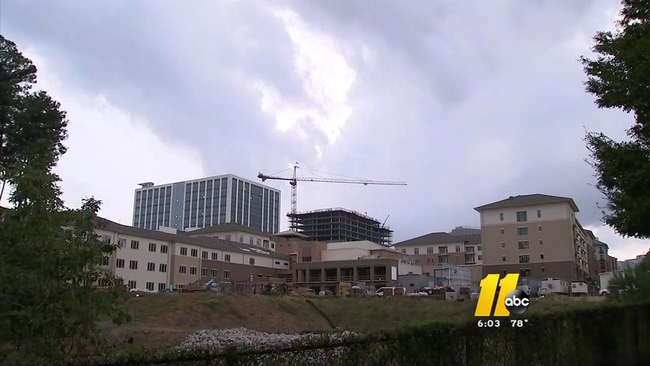