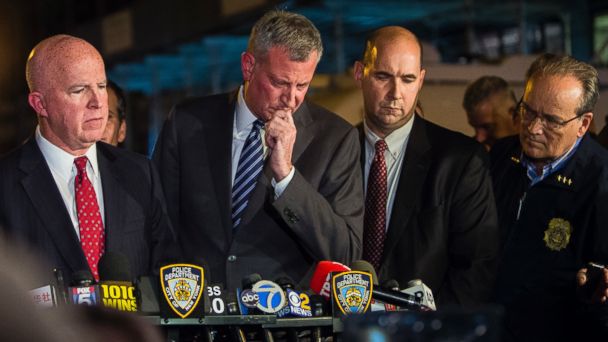 Whether the three bombing incidences across New York and New Jersey this weekend were connected is "an open question," New York City Mayor Bill de Blasio said today, even as sources told ABC News that they most likely were.

Appearing on "Good Morning America," de Blasio declined to answer a question about the degree to which more similar attacks were likely, but instead said that the NYPD had access to "the largest anti-terror force of any police force in the country," which he suggested would provide ample protection for his residents.

"It's premature to say what would happen next," de Blasio said.

The mayor has his hands full in preparation for this week. The city is hosting the annual U.N. General Assembly meeting, which will draw leaders from across the world.

He said Sunday that police presence would be expanded this week because of the investigation into the bombings, as well as the U.N. meeting.