Obama's Short List For Next Attorney General Just Got Shorter 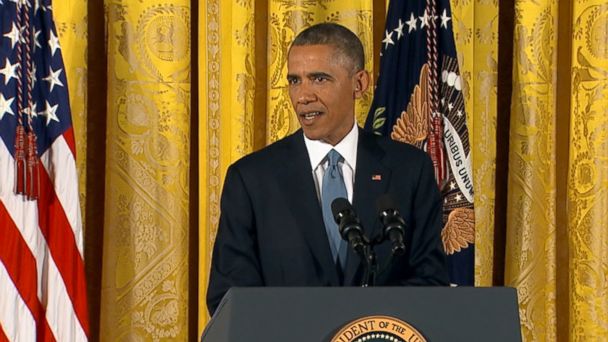 "The calculus and timing of [the president's choice] has been impacted by what happened yesterday," one White House source said, referring to the midterm elections that will soon give Republicans control of the Senate. "The issue now is, 'Who can you get through under the current circumstances?'"

At a post-election press conference today, President Obama said he is "looking at" a "number of outstanding candidates," and he is "confident" that his nominee "will get confirmed by the Senate." But for that to happen, the president's pick "has to be somebody who is not compromised," the White House source said.

The source was referring to Alejandro Mayorkas, the number two at the Department of Homeland Security whose name has surfaced as a potential contender even as he remains in the crosshairs of a lingering internal probe into complaints of alleged impropriety years earlier.

White House officials view him as "extremely competent," the White House source said. Another source described Mayorkas as particularly "well-liked" around the White House, and a former administration official told ABC News that those who know Mayorkas suspect becoming attorney general is his "dream job." He was U.S. attorney for the Central District of California under the Clinton administration.

But the internal probe, launched two years ago by the DHS inspector general's office, has essentially rendered him out of contention, according to the White House source. "You can't divorce [it]" from however qualified and effective he may be, the source said.

The DHS inspector general's office has specifically been looking into allegations that while he was head of U.S. Citizenship and Immigration Services, Mayorkas inappropriately intervened on behalf of an electric car company co-founded by Virginia governor Terry McAuliffe, who at the time was acting as a Democratic operative.

Republicans boycotted the confirmation hearing for Mayorkas, who "unequivocally" denied any wrongdoing and insisted he "never, ever ... exercised undue influence." Mayorkas said he met with McAuliffe to hear complaints that applications for visas to foreign investors were taking too long to be processed.

Mayorkas was confirmed five months later, after Democrats changed Senate rules allowing a nominee to be confirmed with a simple majority - 51 votes - rather than the 60 votes it used to take.

Come January, Republicans will hold at least 52 seats in the Senate, which must vote to confirm any major political nomination. So now President Obama must navigate the change to Senate rules made by his own party. Sources say one name likely on the president's short-list is Donald Verrilli, the U.S. solicitor general who has been arguing before the Supreme Court on behalf of the federal government for more than three years.

As for Mayorkas, a spokeswoman for the likely next chairman of the Senate Judiciary Committee, Sen. Charles Grassley, R-Iowa, said Grassley's many speeches and letters questioning Mayorkas' conduct "might give you an indication as to how [he] feels about a Mayorkas nomination to be Attorney General."

Privately, though, even some Republican skeptics on Capitol Hill are now praising Mayorkas and saying he's mended long-neglected relationships as DHS deputy secretary. In addition, the Fraternal Order of Police sent a letter to President Obama last week urging him to nominate Mayorkas. And in an interview with ABC News this week, a former USCIS official defended Mayorkas.

"In all the time that I was there, I never saw a single improper act by [him]," said Stephen Legomsky, who was chief counsel for USCIS until late last year.

DHS inspector general John Roth promised lawmakers eight months ago that he would make the Mayorkas probe a "top priority" and complete it swiftly.

Emails to spokespeople for DHS, the DHS inspector general and the current chairman of the Senate Judiciary Committee were not immediately returned.