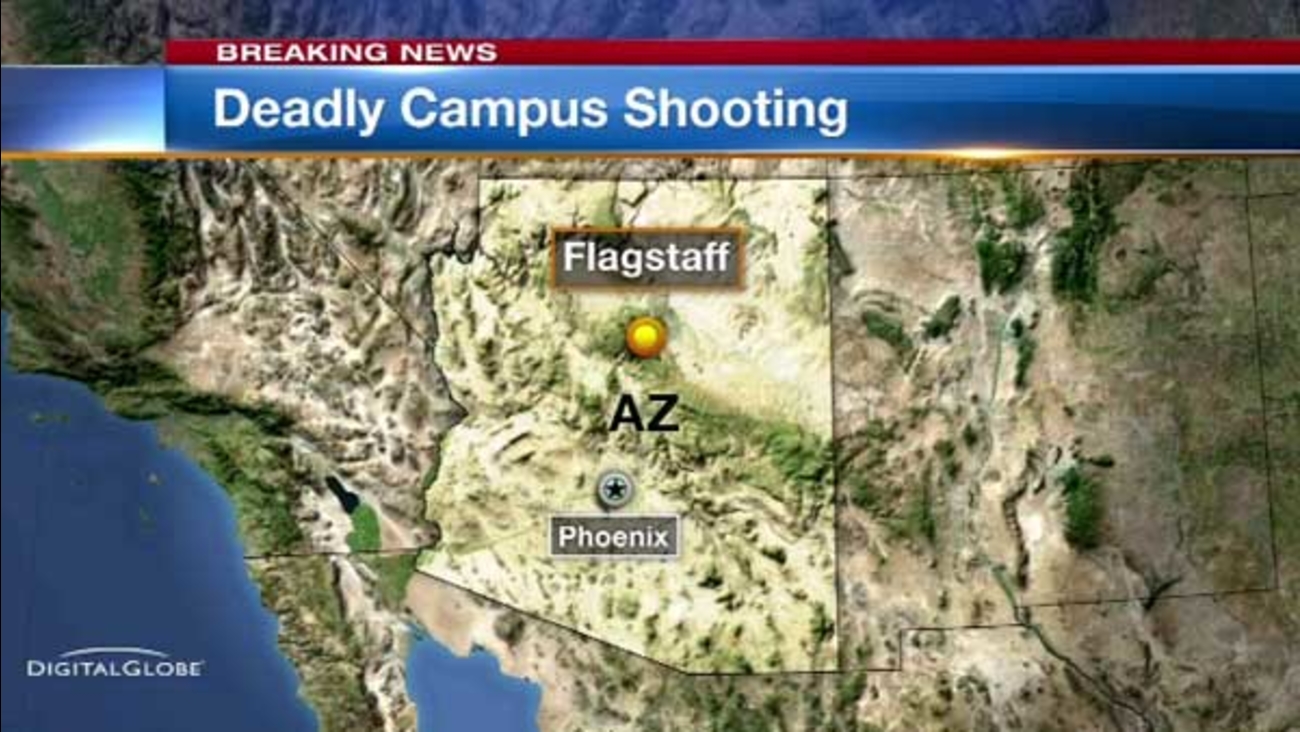 Officials say one person is dead and three others are wounded following an early morning shooting at Northern Arizona University.

AP
FLAGSTAFF, Ariz. -- An early morning fight between two groups of students escalated into gunfire in the parking lot outside an Arizona university dormitory, leaving one person dead and three others wounded, authorities said Friday.

The parking lot where the shooting happened is just outside Mountain View Hall dormitory at the northeast side of the Flagstaff campus, said school public relations director Cindy Brown.

The dorm is home to many of the campus' sororities and fraternities, according to the school's website.

"This is not going to be a normal day at NAU," said school president Rita Cheng. "Our hearts are heavy."

Student Maria Gonzalez told The Associated Press that she at first suspected firecrackers.

"I was studying for an exam so I looked out the window and see two people running, and that's when I realized they weren't fireworks they were actually gunshots," she said.

The first police call about the gunfire came in at 1:20 a.m. PDT.

"How am I supposed to feel safe where I'm learning," Gonzalez said.

Brown said the wounded were taken to Flagstaff Medical Center, which said it couldn't release any information on conditions.

Both university and Flagstaff police are investigating.

The Flagstaff shooting comes on the same day that President Barack Obama is scheduled to visit Roseburg, Oregon, where eight students and a teacher were shot and killed last week at Umpqua Community College. The gunman in the Oregon shooting wounded nine others before turning the gun on himself.

NAU plays a major role in the northern Arizona city of Flagstaff.

The 4-year public university has more than 25,000 total undergraduates.