Passengers thankful to be alive after Cumberland County plane crash 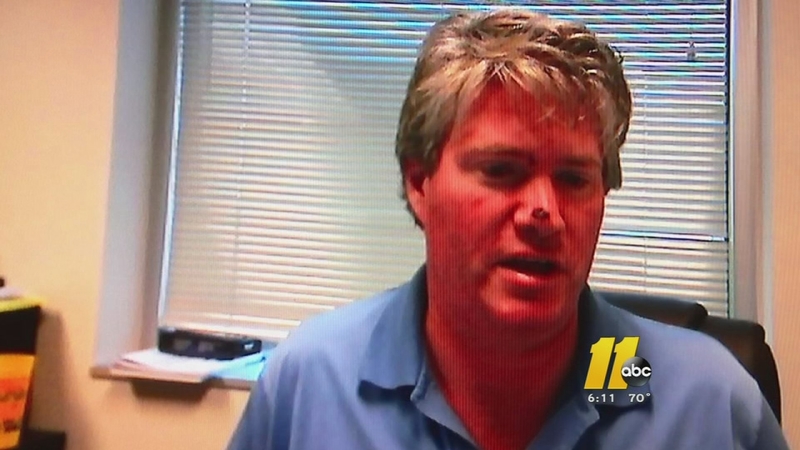 CUMBERLAND COUNTY (WTVD) -- David McKee, a father and Duke University graduate, was piloting a small aircraft with three other passengers Friday night. He was headed from Maryland to Charleston, S.C. About two hours into the flight while east of Fayetteville, the engine gave out at 8,000 feet.

The pilot said he made a quick right to head towards the airport as he tried to restart the engine. It didn't restart but McKee said he thought for a few moments he could glide the plane in.

"It was eerily quiet in the air because the engine at that point was not working and so we were gliding and so you really are, you're gliding in the air with no sound..which is sort of a surreal kind of feeling."

After realizing he couldn't, he contacted the airport control tower which told him they thought they saw an open field to land in.

McKee tried to slow the plane down but as he did he saw treetops with the landing lights. He estimated it was about three seconds until he hit the ground.

Right after the crash when all four realized they had made it, they got out of the plane and called 911. It was about half an hour before authorities found them.

All four were taken to the hospital. One person suffered three broken ribs, a broken sternum, and a lacerated liver. The other three, including McKee, had minor injuries.

They have all been released from the hospital.

"All of us will fully recover. I credit David's excellent ability to pilot the plane through a crisis and the grace of God," said Erica Hoffman, a passenger. "We are all thankful to be alive."

McKee told ABC11 he's not sure he'll fly again and if he does it won't be for some time.

He said he hasn't seen the plane since that night but he said it's most likely unsalvageable. 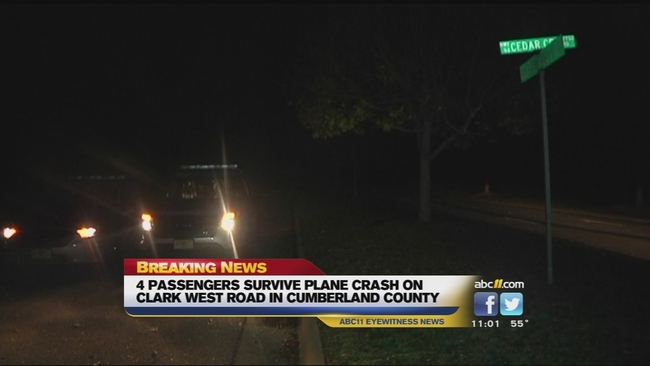