Pedestrian hit and killed by street sweeper in Durham 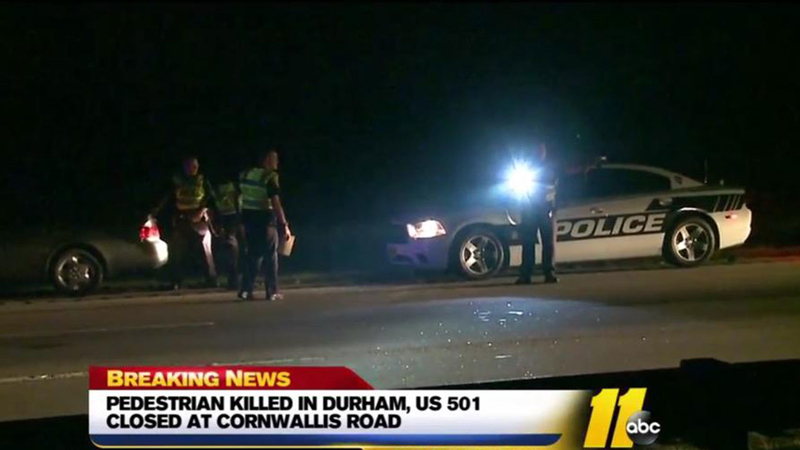 DURHAM (WTVD) -- A pedestrian was hit and killed by a street sweeper vehicle in Durham early Tuesday morning.

Police said someone called 911 to report seeing a man run into traffic.

According to authorities, a small 2009 Isuzu street sweeper was going southbound on U.S. 15-501 as the man ran out from the median and into the travel lane. The pedestrian was pronounced dead at the scene.

The pedestrian was later identified as 25-year-old Justin Radtke, of Durham, authorities said.

The accident remains under investigation, but there are no pending charges at this time, according to investigators.

The southbound lanes of U.S. 15-501 between the N.C. 751 and Cornwallis Road exits were shut down for more than two hours as authorities cleared the area.