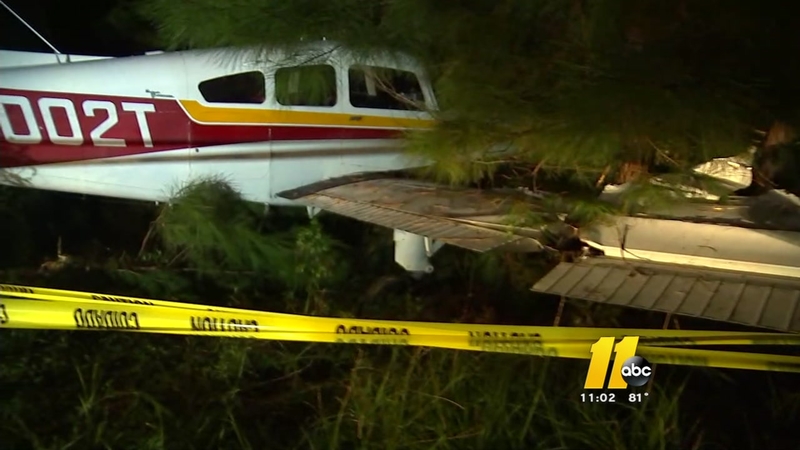 Small plane ends up in woods in Fuquay-Varina

FUQUAY-VARINA (WTVD) -- A pilot and his wife were fortunate to walk away unscathed after their airplane overshot the runway Friday evening at the Triple W Airpark in Fuquay-Varina.

The small aircraft was attempting to land when the incident happened.

Pilot Jeffrey Thomas and his wife were coming in from Statesville to visit their son for the weekend.

Thomas was trying to land his single-engine plane, but because of poor visibility, the plane overshot the runway and veered into the woods.

Thomas and his wife both walked away without injury.

The Fuquay-Varina Fire Department was at the scene inspecting the plane.

The aircraft sustained a damaged wing and had a small fuel leak.

Per standard procedure, the FAA will investigate the incident.