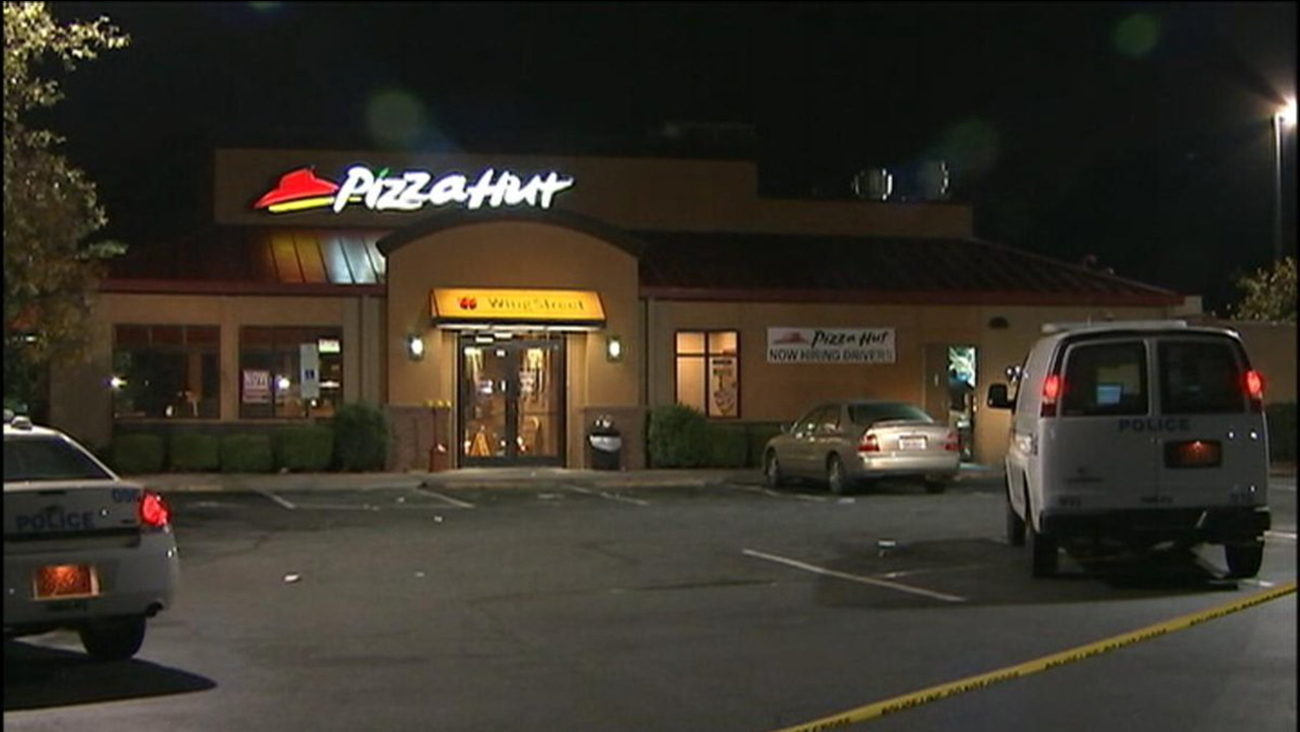 Police said an employee fired his personal handgun at one of the suspects. The intruder died at the scene and has not been identified.

Authorities also said they found the intruder's gun he was carrying when he was shot at the scene.

The two other suspects ran away on foot and have not yet been found.