The group then marched toward and onto the Durham Freeway, which prompted police to close the highway in both directions for about 30 minutes.

At one point, protesters also blocked the intersections of Duke and Chapel Hill Streets, and stopped in front of the Durham Performing Arts Center.

A SWAT team and other police officers were also standing guard outside of the Durham Police Department just in case. 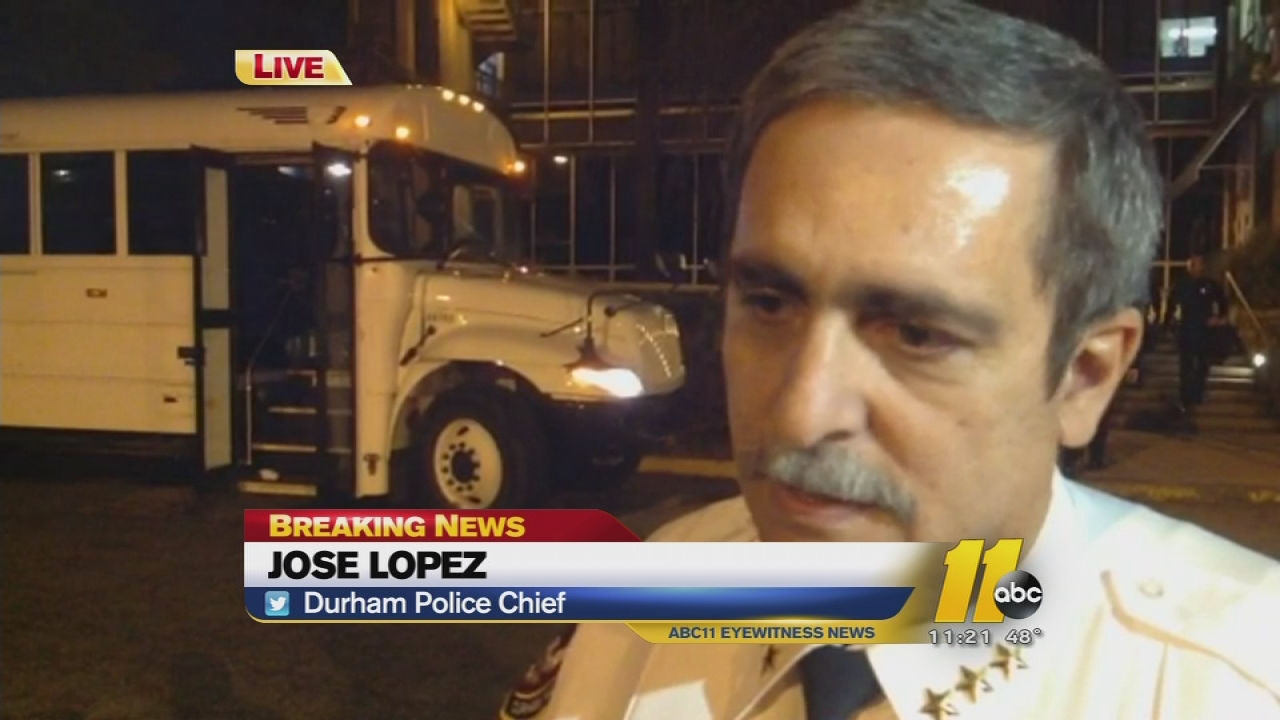 Lopez said at least one emergency call had to be diverted because crews could not get through the crowds. Police first said the windows of a police cruiser were smashed during the protest, but later said that was not the case.

Saturday, police said a total of 31 were arrested. They also said an incendiary device - a bottle with a wick and an apparent petroleum-based liquid inside - was found in the 600 block of Foster Street between West Geer Street and West Corporation Street. It was safely removed.