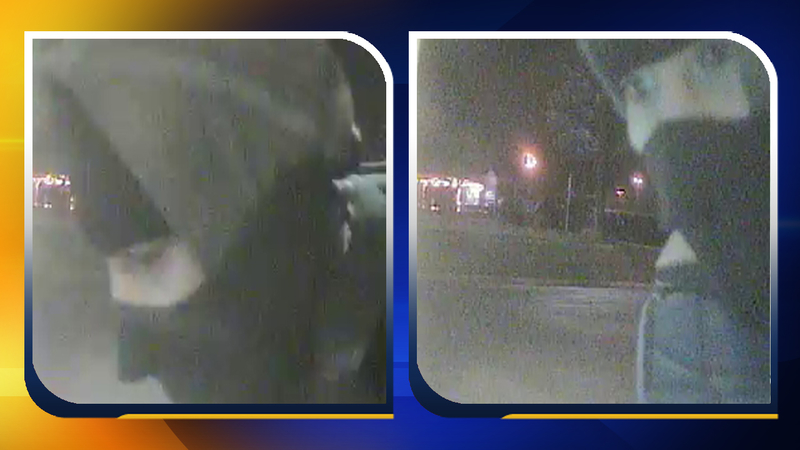 Police seek suspects in rash of break-ins in Cary

CARY, N.C. (WTVD) -- Cary police are searching for multiple suspects they believe are responsible for a weekend crime spree at businesses along East Chatham Street.

An alarm went off around 2:30 a.m. Sunday at Madsen Motors and when police arrived they found five businesses had been broken into.

They say it all started at J.M. Thompson contractors where the thieves stole a forklift and crashed through a gate.

They went next door to an auto repair shop and used the forklift to open a roll up door. Once inside, they vandalized the business and stole a car.

Police say they then drove the forklift down Chatham Street to the next cluster of businesses. The owner of the Thrift 2 Gift store told ABC11 the men broke a window to get in and stole a few hundred dollars from cash registers and ripped the video recorder from a surveillance camera system.

At the adjacent beauty shop, they broke a window and stole a few dollars in petty cash, then went next door to Madsen Motors. There they took wheels and tires and stacked them up to a second floor window. The owner believes they then used a forklift to put one of the men on top and he used rocks to break an office window. However, that set off an alarm and they fled.

Police say they took the stolen car from the auto repair shop and used it to ram an ATM at a bank several miles away. That ploy didn't work, but the ATM took pictures of one of the men. Police are hoping someone will recognize the suspect despite the fact that he's wearing a ski mask.

Owners of several of the businesses say they hope the thieves and vandals will be caught and appropriately punished.