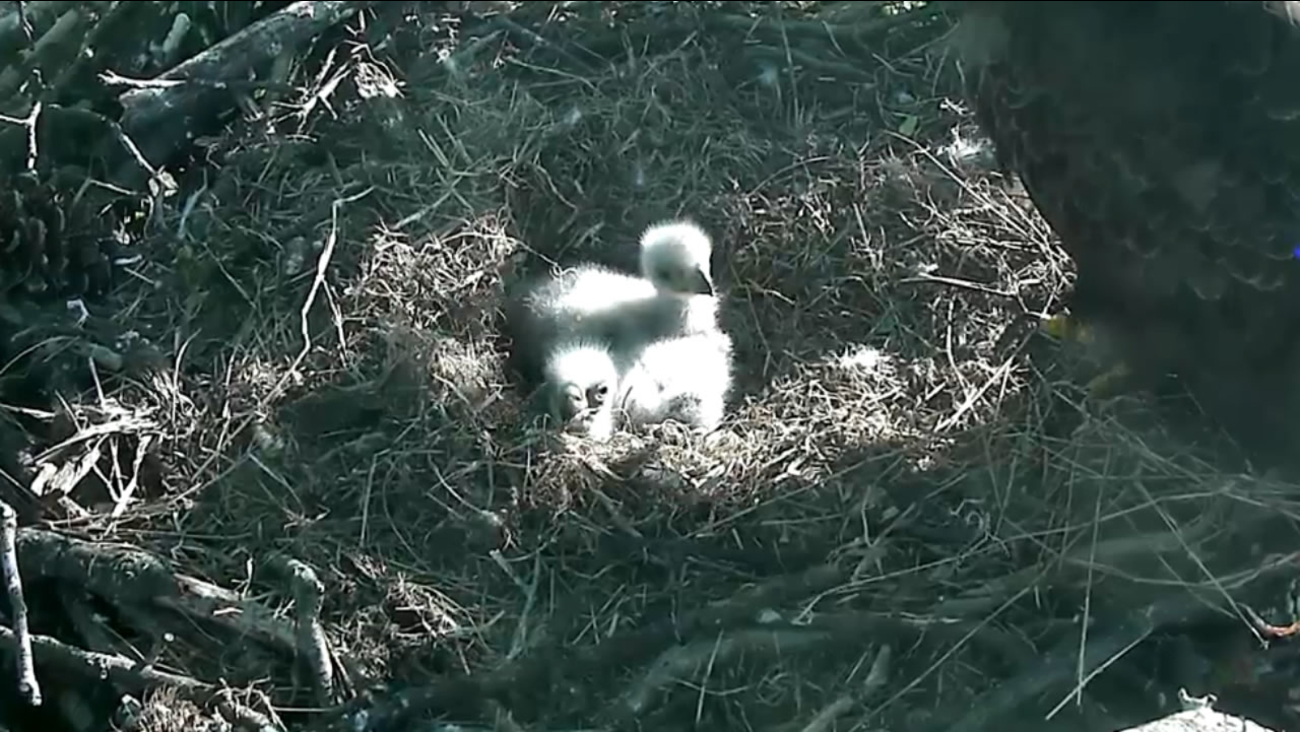 AP
WASHINGTON -- Two recently hatched baby bald eagles at the U.S. National Arboretum in Washington are in need of names.

Those interested can submit suggestions via Twitter, Instagram or Facebook using the hashtags #dceaglecam and #namethenestlings. Viewers also are encouraged to choose names that fit either a male or female since the genders of the eaglets haven't been determined yet.

The two final names will be announced April 26.

The hatching process began for the first eaglet on March 16, with the second eaglet hatching March 20.