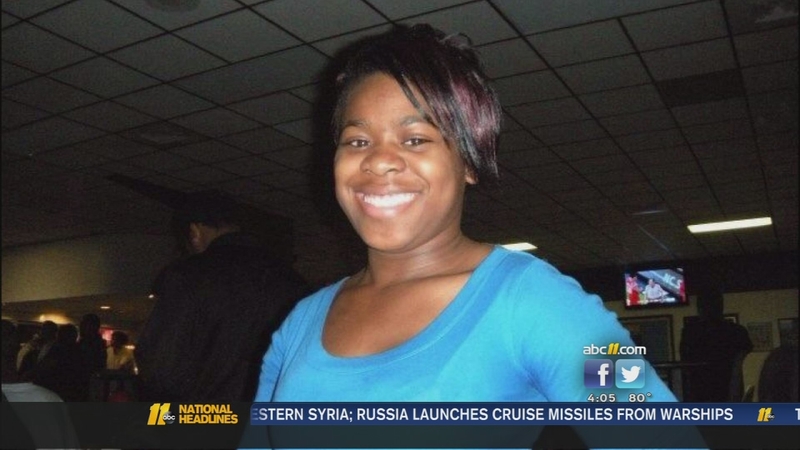 RALEIGH (WTVD) -- A Raleigh mother is still seeking justice for her daughter who was killed in a car crash in Pitt County more than two years ago.

In August, 19-year-old Mitchell Wilkerson pleaded guilty to being under the age of 18 using a cell phone while driving; he was ordered to pay a $25 fine.

On May 20, 2013, Greenville police charged Wilkerson with misdemeanor death by motor vehicle. Wilkerson was driving north on Arlington Blvd. when his Ford pickup truck crossed the center line and collided nearly head-on with a Honda traveling in the southbound lane; ECU senior 20-yr.-old Elizabeth "Lizz" Griffiths was behind the wheel and was pinned inside for 90 minutes as first responders used extraction equipment to pry her out.

Wilkerson's case ended twice in mistrial in Pitt County court. The clerk tells Eyewitness News, the district judge initially hearing the case declared mistrial in February 2015 after realizing he knew a member of the Wilkerson family. Then in June, the jury ended in a deadlock 11-1 for acquittal.

In August, Wilkerson pleaded to the lesser charge and paid the $25 fine.

Griffiths mother Sharon Carter joined a rally outside the Pitt County courthouse Tuesday, calling on the DA Kimberly Robb, to step down. She claims Robb didn't do enough for her daughter and says Wilkerson's case should've never been tried in Pitt County where his family is well known.

"I'm still in shock and disbelief that this happened," said Carter. "I think that case needs to be revisited. I think it needs to be reopened and tried fairly. You know, the scales of justice were not equal in this case, nowhere near being equal."

Robb spoke with Eyewitness News by phone Tuesday. She said they vetted and selected a fair jury for Wilkerson's trial and when they came back deadlocked, it was important for her office to get some kind of conviction, and that's what they did.

She explained Wilkerson's case cannot be retried due to double jeopardy.