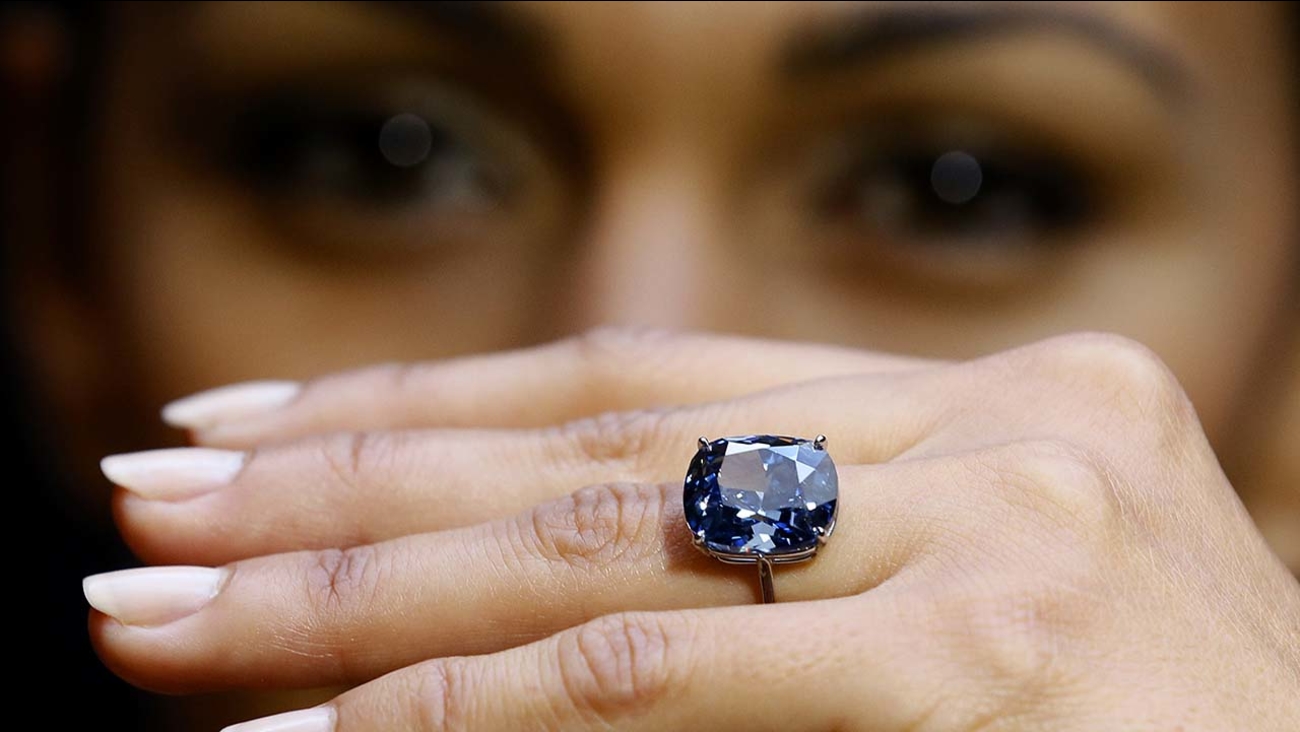 The 12.03-carat 'Blue Moon' Diamond is said to be among the largest known fancy vivid blue diamonds and was the showpiece gem at Wednesday's auction. The price fell within the pre-auction estimate of $35-$55 million. Excluding fees, it sold for 43.2 million Swiss francs.

The Blue Moon - whose name plays off the expression "once in a blue moon" - topped the previous record price of $46.2 million set five years ago by The Graff Pink.

The polished blue gem was cut from a 29.6-carat diamond discovered last year in South Africa's Cullinan mine, which also yielded the Star of Africa blue diamond in the British crown jewels.