One killed in small plane crash near Siler City airport 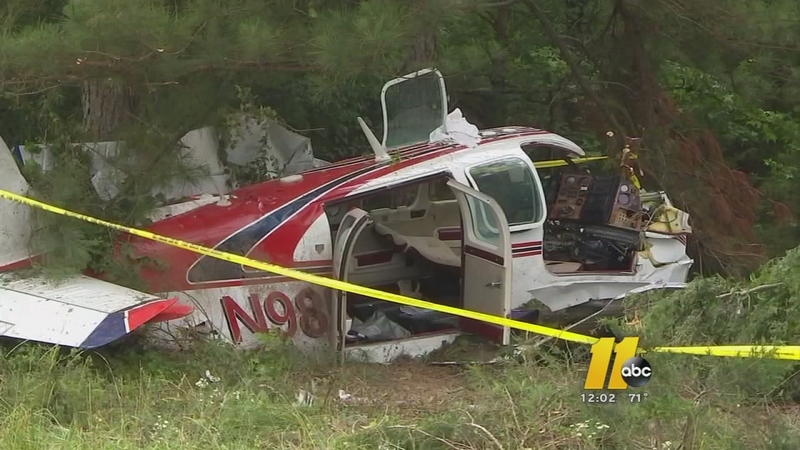 SILER CITY, N.C. (WTVD) -- A 69-year-old woman has died after a small plane crashed into a wooded area near the Siler City airport on Aviation Drive Tuesday.

Around 8:30 a.m., the single-engine Beechcraft Bonanza twice attempted to land at the airport but didn't make it.

The pilot and his wife were airlifted to the hospital at UNC Chapel Hill.

Investigators said the plane was headed from Southern Pines to Siler City where there is a maintenance facility. Witnesses said the plane appeared to stall before the crash.

Officials from the Siler City Airport Authority and the North Carolina Highway Patrol are working with the National Transportation Safety Board on the investigation.