WTVD
By Diane Wilson
ENFIELD, N.C. (WTVD) -- With recent high temperatures, most people are retreating to the cool inside, but imagine being confined to an area with no air conditioning and being a senior citizen. One woman called me after her elderly sister's Halifax County rest home went almost three weeks in June and July with no air conditioning.

Collie Jones has devoted her time to taking care of her 82-year-old sister Minnie Evans who is unable to speak or take care of herself. Jones said she knew her sister was not doing well in the Wood Haven Rest Home in Enfield, North Carolina.

Jones said she visits her sister every day at Wood Haven and noticed that the air conditioning stopped working around Father's Day. Two weeks after she first realized there was a problem, the air condition was still not fixed. Jones said, the nursing home was "so hot they couldn't stand it. They couldn't eat ... yeah, they complain about it, but nothing was done about it."

Jones said she could not stand to see her sister suffer any more so she pulled her sister out of the rest home until the air conditioning was fixed. But having to care for her sister herself presented problems for Jones.

"I've got to find somewhere to put her though because I can't handle her by myself. It's hard on me," she said.

I made a visit to Wood Haven Rest Home and before she could even get in the door, residents were complaining about the heat. I spoke with the facility's manager about the heat. She showed us that the AC repair company was on site trying to fix the problem. We also asked why it had taken three weeks for the AC to be fixed and the manager said two different companies were out to look at it and that a third company was the one making repairs.

We have checked with Wood Haven since our last visit and the air conditioning in the rest home was working and residents were comfortable.

Jones said she wanted to take her sister, Minnie, back to the rest home after the repairs, but says the owner told her she is not welcomed back after speaking out about the problems. We tried to get in contact with the owner, but have not heard back.

Jones said, fortunately, she thinks she has found another home for Minnie. 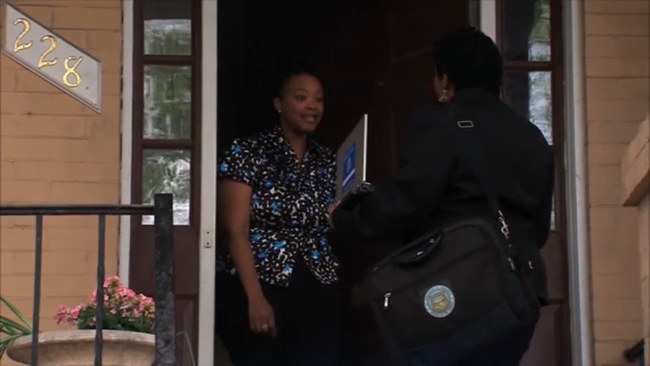 How to spot scams during the 2020 Census