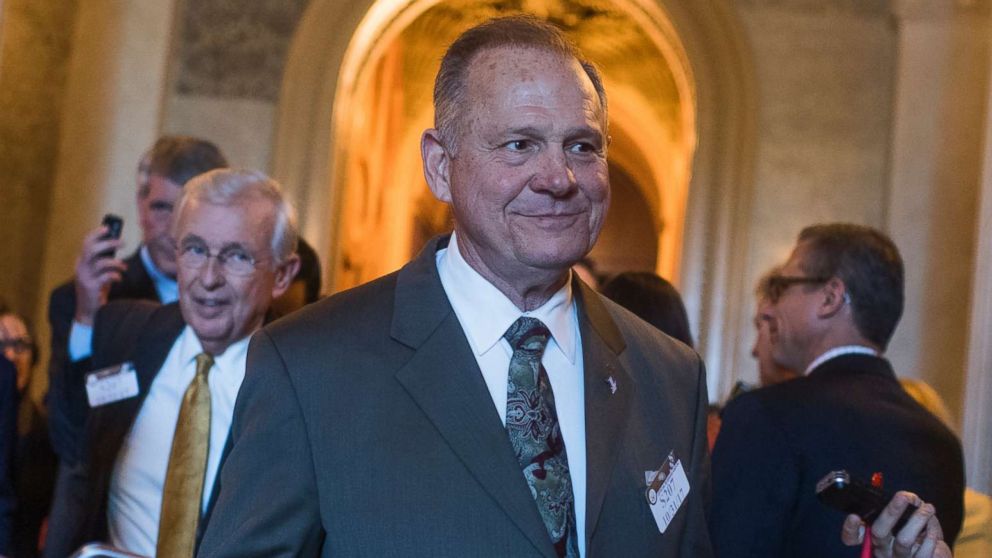 Alabama Senate candidate Roy Moore continued to deny allegations of sexual misconduct Friday, saying on conservative talk radio that the accusations against him were politically motivated.

"It seems that in the political arena, to say that something is not true is simply not good enough. So let me be clear. I have never provided alcohol to minors, and I have never engaged in sexual misconduct," Moore said in a statement to ABC News on Friday.

The Washington Post reported Thursday that the Republican former chief justice of the Alabama Supreme Court allegedly engaged in sexual activity with a 14-year-old girl in the 1970s. At the time, he was 32.

He also allegedly dated other teenage women when he was single and in his mid-30s, according to the article.

During a radio interview with Sean Hannity's radio program on Friday afternoon, Moore said the accusations are "false and misleading" and "hurt [him] personally."

Moore denied ever knowing the woman who said she was 14-years-old at the time.

He acknowledged that he knew the other women named in the story when they were teens. He argued, however, that his relationship with the women was never inappropriate.

Moore said their parents would have been aware of the relationships.

"I don't remember dating any girl without the permission of her parents," he told Hannity.

When pressed, Moore went on to say that that it would have been "inappropriate" to date teenage girls given his age at the time.

In both the radio interview and the statement released on Friday, Moore questioned the timing of the Washington Post's story given that voters go to the polls to elect their new U.S. Senator in just over a month.

"I have run five campaigns, it has never been brought up," he said.

Moore repeatedly said that the story was "politically-motivated".The central accuser in the Washington Post story said she was a Republican.

Moore told Hannity that he thought political foes were working against him, "because they don't want to hear truth in Washington. Truth about God and the truth about the constitution."

Since the allegations were made public, a number of Republicans, including Senate Majority Leader Mitch McConnell, R-Ky., and National Republican Senatorial Committee chairman Sen. Cory Gardner, R-Colo., have voiced concerns and said that Moore should withdraw from the Alabama special election if it is true.

In a filing Friday, the NRSC appeared to drop out of a joint fundraising agreement with Moore. The agreement was made between Moore's campaign, the Alabama Republican Party, the Republican National Committee, and the NRSC in late October.

According to Friday's filing, the three other parties are all still a part of the pact, named the "Alabama 2017 Senate Victory Committee," but the NRSC has been removed.