Security at weekend events in the Triangle ramped up 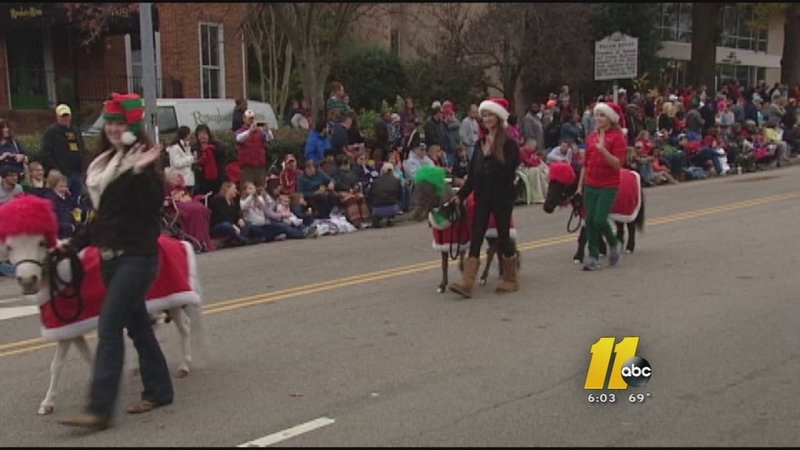 RALEIGH (WTVD) -- In the wake of the Paris attacks, expect to see security ramped up at some weekend events. And if you don't see a change, odds are, behind the scenes, there are more eyes on security than usual.

This weekend, the Raleigh Christmas Parade and the NC State Football game will mark the first big-attendance events in the Triangle since the Paris terrorist attacks.

The NC State Athletic Department is changing procedures this weekend with fans who are encouraged to arrive early and leave their bags at home or in their cars.

"Enhanced security measures will be in place for NC State's final two home games of the 2015 football season, following recent events. While the Department of Homeland Security advises that there are currently no known threats against collegiate stadiums, the university is taking additional precautions at Carter-Finley Stadium for the safety of all fans, staff and student-athletes. For the Wolfpack's final two home football games on Saturday, Nov. 21 and Saturday, Nov. 28, there will be an increased security and law enforcement presence inside and outside the stadium, in the parking lots and in areas surrounding the stadium complex. A number of additional security measures are being enacted, but not publicized. The following security enhancements impacting fans will be in place:


Meantime, at the Raleigh Christmas Parade, police are taking a different approach and not saying whether they're ramping up or not. A spokesperson for RPD emailing: "In the best interest of public safety, the Raleigh Police Department typically declines to comment about security arrangements for events. However, it can be said that those in the department who are responsible for security and logistical planning consider and evaluate many factors, including events that have occurred elsewhere, as they make safety and staffing decisions."

That wasn't good enough for one Raleigh mother we talked to. "I would like actually to know more about what are they going to do for the parade," she said. "If they are taking any extra measures for us to be safe." Asked whether she would like RPD to take additional precautions, she said, "I would hope, yes."

But another Raleigh mom told us she's glad the police aren't changing their approach.

"It'd just be madness if we just increase and increase and increase security," said Shannon Traynor. "I'd like to keep things as easy and as fun for my children and I don't want there to be any hesitation, any kind of scary anything, to go about doing things that are fun with people out and about. I think the best thing we can do is to live our lives the way we're living."