WTVD
RALEIGH (WTVD) -- Eleven people were arrested Monday evening in the latest round of Moral Monday protests over HB2.

"They were demanding on our behalf, the repeal of HB2," said movement leader and NC NAACP President, the Rev. William Barber.

By my count 7 people have already been arrested #MoralMonday pic.twitter.com/t6EeuUs32C

The group of protesters, hundreds strong filled Bicentennial Plaza before then filing inside the legislative building in the latest fight against the new law they call "anti-American."

The group of 11 were the ones who signed up to deliver a list of demands to top lawmakers. They delivered that list to the House Principal Clerk's office. When they refused to then leave at the request of the clerk, she asked the General Assembly police to intervene.

Police gave the protesters several warnings and then arrested them. As they were taken away by police, fellow protesters cheered.

That list of demands handed over by protesters asks lawmakers to:

-- Dismiss the lawsuit against the United States of America

-- The governor and representatives who passed HB2 meet with the NC NAACP and the 210 partners in the Forward Together Movement, with a delegation of North Carolina Persons who have already been impacted by the law, with the media present

-- The Human Rights Act of 2016 is the bill Rev. Barber said should have been passed.

"We call on them to reaffirm the fundamental right of all persons in North Carolina to live, work, study and play in discrimination-free places and the government shall enforce equal protection and no-discrimination constitutional policies for all historically oppressed groups," Barber said. "That includes lesbians, gays, bi-sexual and transgender persons. These rights shall be enforced through an expanded Office of Administrative Hearings and North Carolina courts."

The group's proposed act would also ask for the right of all workers in the state to enjoy the "fruits of their own labor", to form labor organizations and set the minimum wage in North Carolina to $15 an hour.

"You want us to be talking about bathrooms and be divided over bathrooms," Barber told the crowd.

"I think there were a lot of people who didn't really know what was in the bill," said protester Rexanne Bishop.

Outside of banning the transgender from using bathrooms that match their gender identity, the law also stops local governments from passing anti-discrimination laws and raising minimum wage. It also prevents people from suing over discrimination in state courts.

While supporters of the law have been calling HB2 a common sense law that protects women and children in bathrooms and public facilities, Barber shouted to the Moral Monday crowd or protesters that the true test of what the people want should come in November.

"You want a real fight? I'll tell you what we can have one! Put this on the ballot and meet us at the ballot box and watch what North Carolina does!" Barber said. 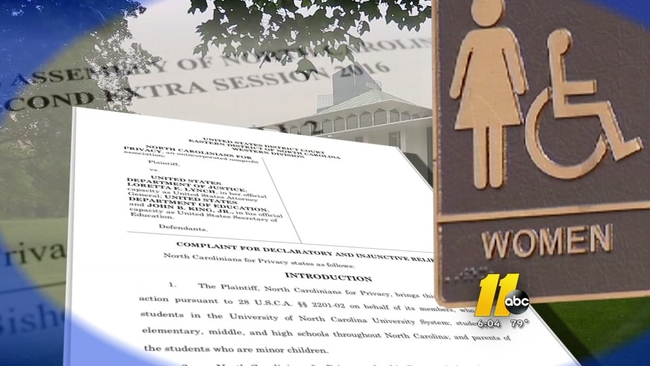 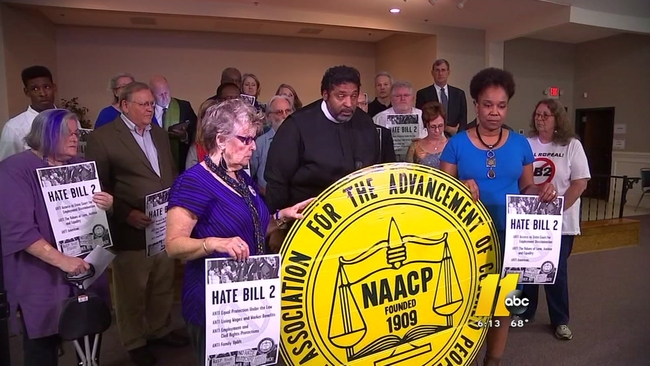