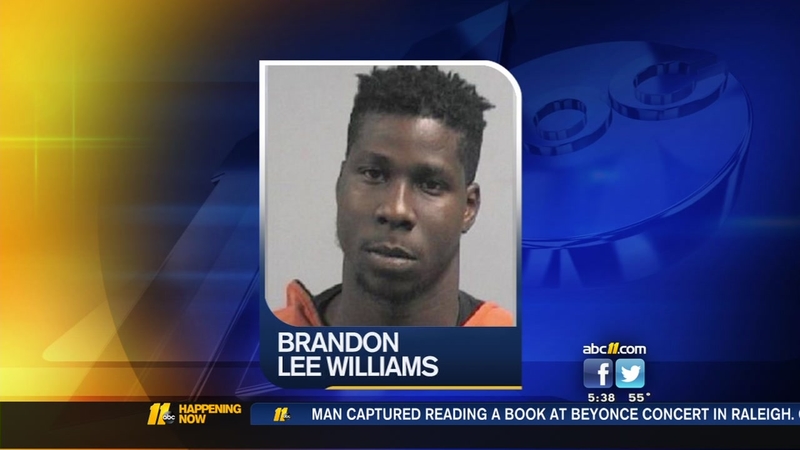 DUDLEY, NC (WTVD) -- The Wayne County Sheriff's Office says a Dudley man set up a meeting with his estranged wife to supposedly give her money and then shot her in an ambush from the side of the road.

Brandon Lee Williams, 29, is charged with attempted murder, malicious assault in secret, and shooting into an occupied vehicle. He turned himself in to deputies Thursday.

"He ran to Wake County up in the Raleigh area and stayed hid up there," said Sgt. Larry Mitchell, Wayne County Sheriff's Investigator.

Williams' wife drove herself to Wayne Memorial Hospital March 19 with gunshot wounds to both legs.

She told investigators Williams had called her earlier that evening and arranged to meet her on Smiths Winding Lane in Pikeville. When she got to the end of the dead-end road, she saw a vehicle, but Williams was not the driver.

As she was turning to leave, Williams allegedly approached her car from the side of the road on foot and started shooting.

"Anyone that would just shoot into a car like that obviously is a concern for everybody," Mitchell said.

One of the bullets hit the woman in both legs. Deputies said the driver's side window of her car was shattered and they found several bullet holes in the side of the car.

Deputies said before the shooting, Williams had been charged before with assaulting his wife. They were separated at the time she was shot. Williams is being held without bond.