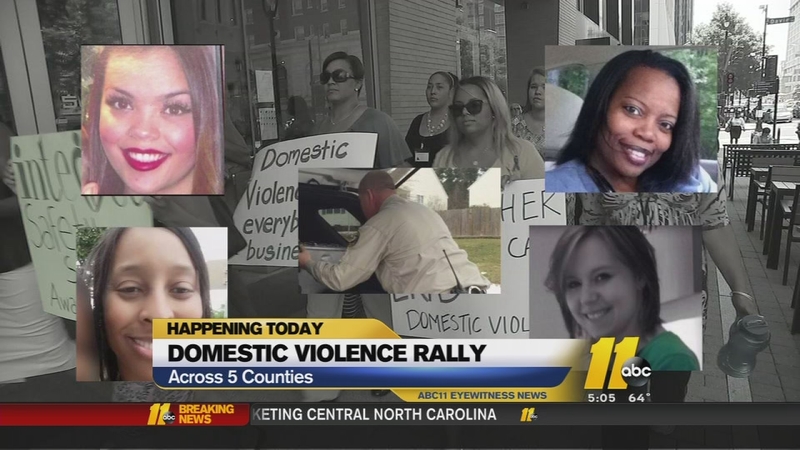 RALEIGH (WTVD) -- Five different counties are taking a stand against domestic violence and they're asking members of the community to join them.

One in four women will experience domestic violence in her lifetime, sometimes proving fatal, so organizers are planning to hold a march and silent rally to bring awareness.

A similar march was held in August as participants remembered five women killed since December, all victims of domestic violence.

That included Michelle Williams' sister, Tracey Williams, who was gunned down at an ATM in July by her ex-boyfriend, despite protective orders filed in three counties.

"The restraining order was not enough," Williams said. "They need to take them off the street and take these women seriously."

In 2013, 108 people in North Carolina died as a result of domestic violence related homicides. More than half were women.

"We put a lot of responsibility on victims and survivors to figure out how to avoid being abused and we do not put the responsibility where it lies which is at the feet of the perpetrators," said Stephanie Francis with InterAct.

That's something activists say has to change, along with more education and help for victims.

The rally and march was originally scheduled for noon Wednesday at several locations around our area, but the events were canceled due to weather, and will be rescheduled at a later date.

Here is a list of communities that were planning events: