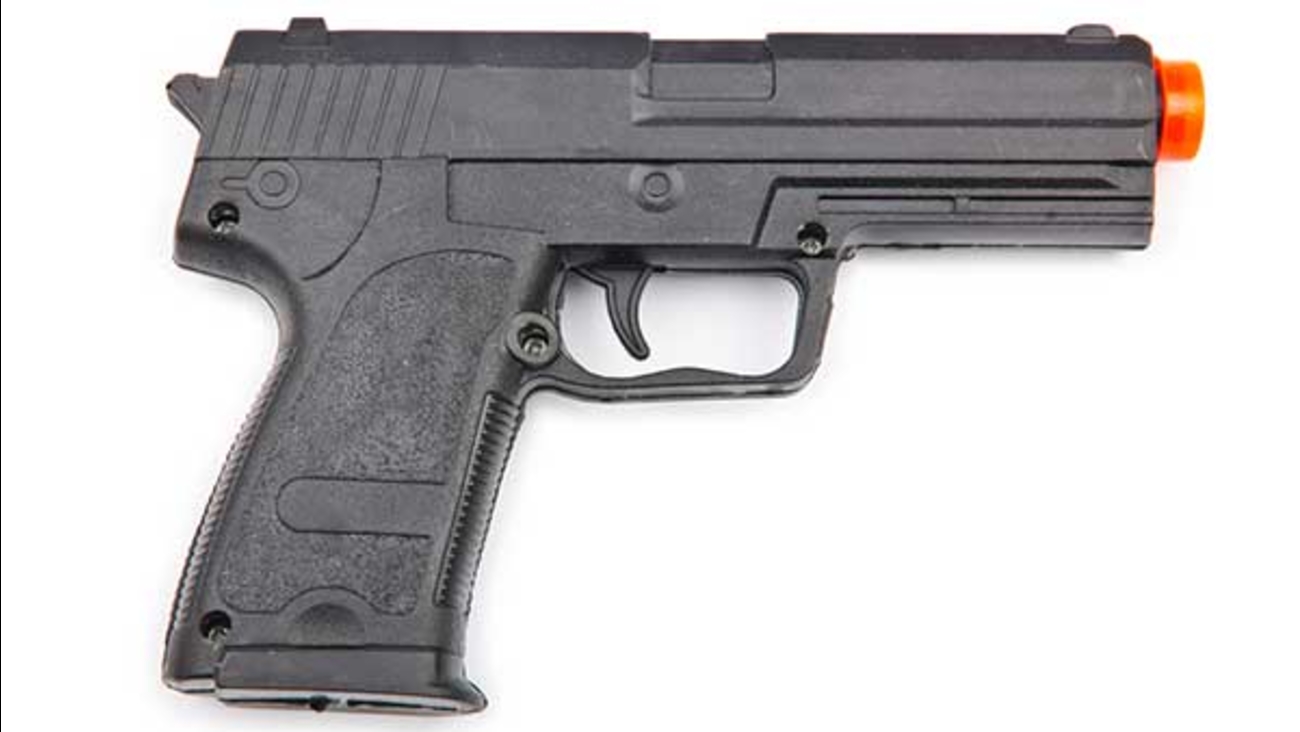 The St. Louis County Police Department has issued an apology following public outcry over a post to the department Facebook page that referenced 12-year-old Tamir Rice, who was killed by police in Cleveland last month while playing with a toy gun and then offered advice for parents about letting children have toy guns. The post, which was sent out on Facebook and Twitter shortly before 6 a.m. EST, was taken down a few hours later. 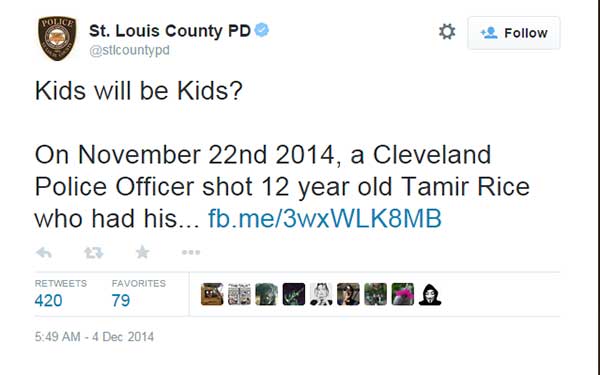 "This article is not about this (sic) a boy losing his life, whether this was a justified shooting or, whether the cops acted too fast," the post stated. "This is about the Fenton precinct making its residents aware of a 'hot' topic and learning from this incident so Fenton never loses a child's life."

The post outlined the ways a police officer is trained to respond when someone calls about a gun that may or may not be real. The author of the post says that it is the parent's responsibility to train their children for interactions with police officers should they happen. The children should be trained to throw down the gun and may be instructed to lie on the ground, the post said.

Here is the full post, which was accompanied by a photo of an Airsoft gun: 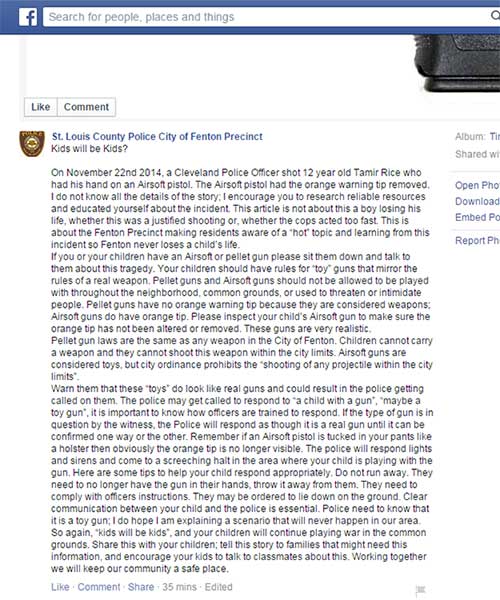 Police Chief Jon Belmar issued a statement apologizing for the Facebook post several hours after it was removed.

"On Thursday, December 4, 2014, an officer assigned to the St. Louis County City of Fenton Precinct made a post on the precinct Facebook site that spoke about the death of 12 year-old, Tamir Rice of Cleveland, Ohio. The intention of the post was to inform citizens about the potential danger of airsoft or pellet guns resembling real guns. However, the post was a misguided communication strategy and was offensive to many people.

As Chief of Police, I apologize to Tamir's family and anyone who was offended by the post. While the post did not originate from the Chief's Office and I was unaware of its presence prior to its release, I realize the message was insensitive to Tamir's family and the sorrow they are currently experiencing. The post conveyed the message that my officers respond to calls involving a child with a gun with indiscretion and little regard for life. I want to emphasize that my officers respond to calls with discernment, and have the highest regard for human life. We train officers to take all facts and circumstances into consideration when making decisions about using force.

The Facebook post has been removed and because of this incident, the social media policy has been altered in order to prevent future occurrences. I know social media is an effective way to provide the public with information, and I will make every effort to ensure that we do it in a responsible manner. Our continued thoughts and prayers go out to Tamir's family in this trying time."

Earlier in the day, a reporter tweeted the following conversation with the department:

St Louis Co. police spokesman says they are "trying to figure out" who at the City of Fenton precinct wrote the Tamir Rice tweet/FB post

The @stlcountypd tweet/FB post on Tamir Rice was written by police officer Aaron Dilks, he tells me. I asked if he regretted it. He hung up.