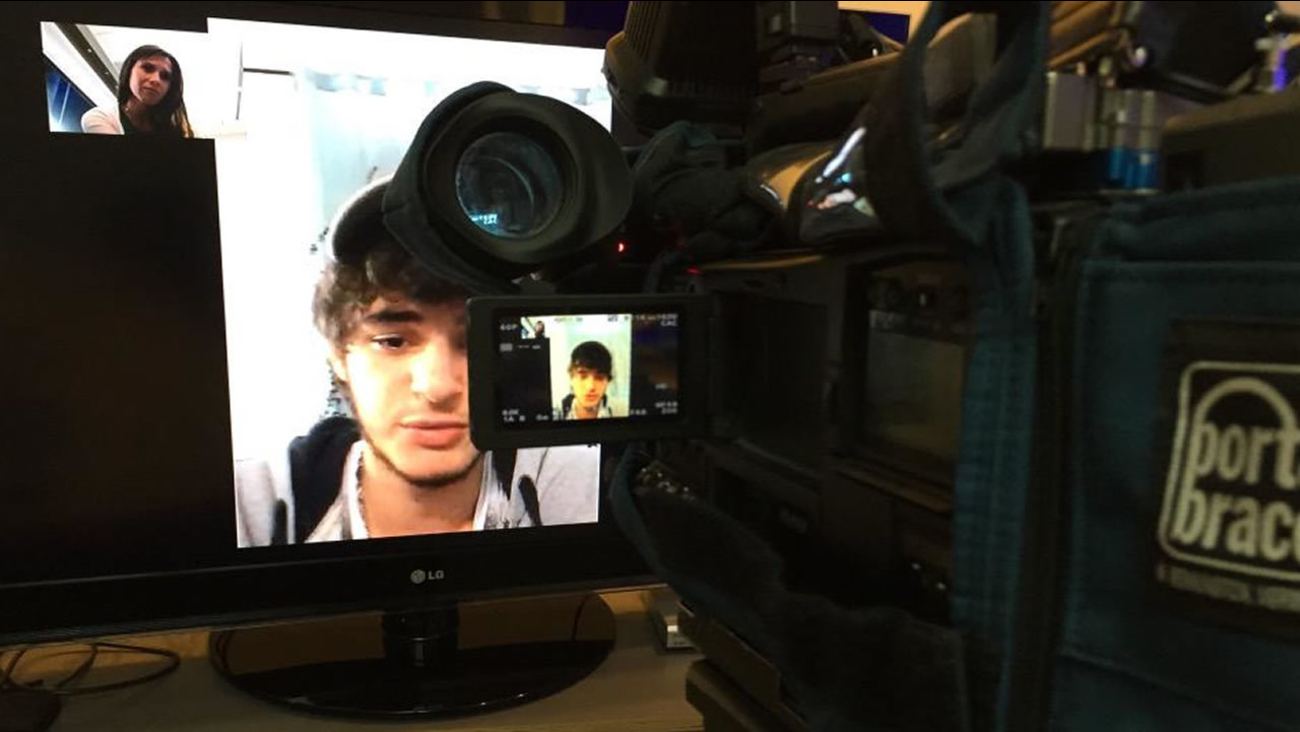 CARY (WTVD) -- Wake County Schools is defending Cary High School administrators after a student claims he was racially profiled during an investigation into a threat made on social media. That threat about a student having guns at school turned out to be a hoax.

Mohammad Alsamman, 16, moved to the U.S. two months ago with his father, leaving his mother and sister behind in Syria so he could pursue a quality education.

On Oct. 8, he said a student approached him as they waited for the school bus, talked with him and later tweeted that a student had guns in school.

That afternoon, Alsamman said he was pulled out of his classroom for questioning.

"Two police officers and the vice principal came over to my third period," said Alsamman. "They were like, 'Can you come with us?' in front everyone in my class."

Alsamman said as officers escorted him down the hall, he was told he fit the description from the original tweet.

"He looked at me from top to bottom and was like, curly hair, brown, blondish, beard, wearing a white shirt, shorts. Like he was pretty much describing me," said Alsamman of the officer.

Once in an office surrounded by three Cary police officers, the principal, asst. principal, and a teacher, Alsamman said they questioned him about guns, patted him down, and searched his book bag.

"It was like pretty much funny and like scary at the same time because I know myself," he said. "I know I don't have anything." "At some point I was like, is it because I'm Syrian?"

Alsamman said the principal apologized when they didn't find anything.

Last week, a Cary High School student reported a suspected threat made by a student on specific bus run. Law enforcement and WCPSS Security interviewed multiple students as part of an investigation and quickly determined the threat was false. Students and staff were never in any danger, but school personnel must take all threats or suspected threats seriously. The best means to keep schools safe is to maintain healthy and open relationships between adults and children at all times. Parents should continue to emphasize to students that they should feel comfortable talking about situations that cause them concern.

Still, for Alsamman - a new student in a new place - the damage was already done that day.

"When I was walking back to my bus, going back home, I had students coming over asking me, 'Do you have any guns?' 'Was it you?' he said. "It made me feel disappointed that- knowing there's this type of stuff actually happening, like you know, what do you guys call it? Discrimination?"

Alsamman took some time away from school to visit his uncle in New York. He will return to class on Wednesday.