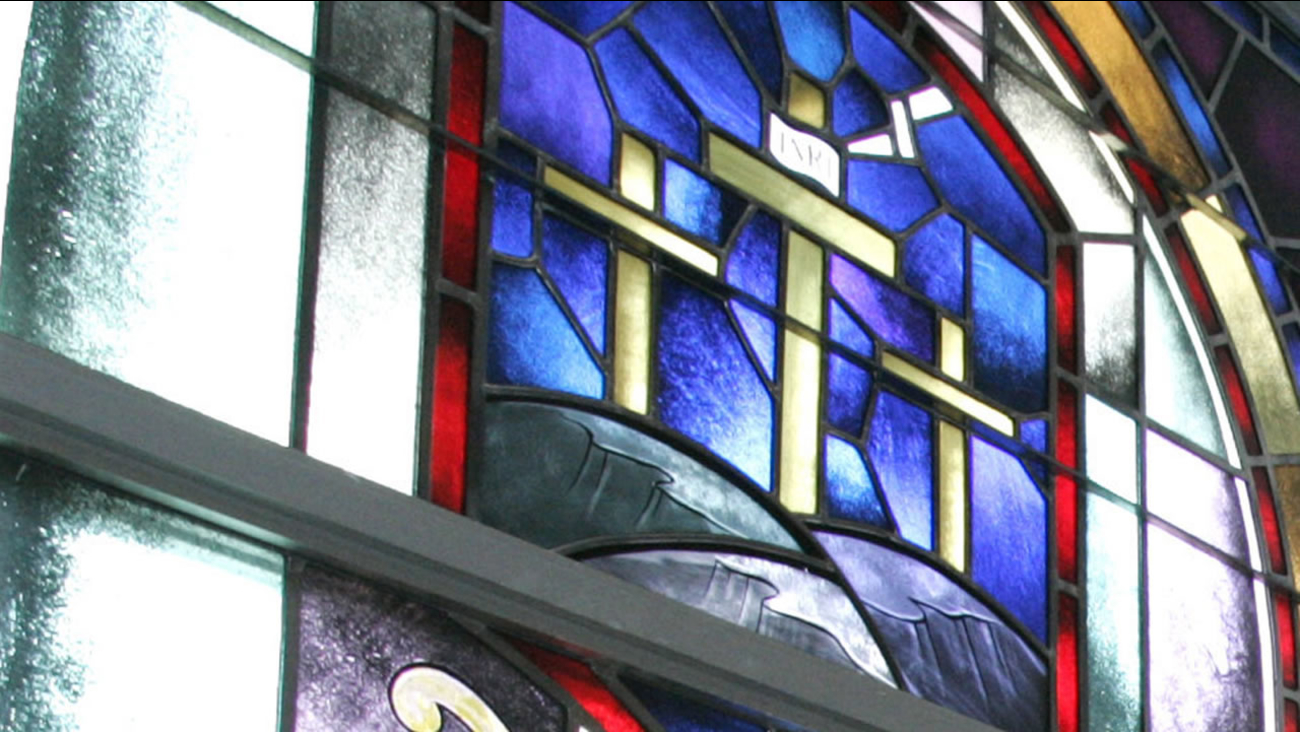 AP
By RACHEL ZOLL
NEW YORK (AP) -- The number of Americans who don't affiliate with a particular religion has grown to 56 million in recent years, making the faith group researchers call "nones" the second-largest in total numbers behind evangelicals, according to a Pew Research Center study released Tuesday.

Christianity is still the dominant faith by far in the U.S.; 7 in 10 Americans identify with the tradition. However, the ranks of Christians have declined as the segment of people with no religion has grown, the survey says.

Between 2007 and 2014, when Pew conducted two major surveys of U.S. religious life, Americans who described themselves as atheist, agnostic or of no particular faith grew from 16 percent to nearly 23 percent. At the same time, Christians dropped from about 78 percent to just under 71 percent of the population. Protestants now comprise 46.5 percent of what was once a predominantly Protestant country.

Researchers have long debated whether people with no religion should be defined as secular since the category includes those who believe in God or consider themselves "spiritual." But the new Pew study found increasing signs of secularism.

Last year, 31 percent of "nones" said they were atheist or agnostic, compared to 25 percent in 2007, and the percentage who said religion was important to them dropped.

Greg Smith, Pew's associate research director, said the findings "point to substantive changes" among the religiously unaffiliated, not just a shift in how people describe themselves. Secular groups have become increasingly organized to counter bias against them and keep religion out of public life through lawsuits and lobbying lawmakers.

The growth of "nones" has political significance as well. People with no religion tend to vote Democratic, just as white evangelicals tend to vote Republican. The Pew study found a slight drop - about 1 percent - in the evangelical share of the population, which now comprises a quarter of Americans. But the overall number of evangelicals rose to about 62 million people.

Mainline Protestants declined by about 5 million to 36 million between 2007 and 2014. Pew found 13 percent of U.S. adults are former Catholics. The study put the number of Catholic adults at 51 million, or just over one-fifth of the U.S. population, a drop of about 3 percent over seven years. In 2007, Catholics made up about one-quarter of Americans.

However, Pew researchers acknowledge those conclusions differ from those of some other major studies that found only slight declines or even a slight uptick in the numbers of Catholics in the last couple of years. Georgetown University's Center for Applied Research in the Apostolate, which tracks American Catholicism, puts the U.S. adult Catholic population at 61 million.

Regarding other religions, Pew found an increase in membership of non-Christian faiths, driven mainly by growing numbers of Muslims and Hindus. Despite the increase, their numbers remain small. Muslims and Hindus each comprise less than 1 percent of the U.S. population. The number of Jews rose slightly over the period, from 1.7 percent to 1.9 percent of Americans.

The survey of 35,000 people, titled "America's Changing Religious Landscape," was conducted in English and Spanish from June 4 through Sept. 30 of last year and has a margin of error of plus or minus 0.6 percentage points.